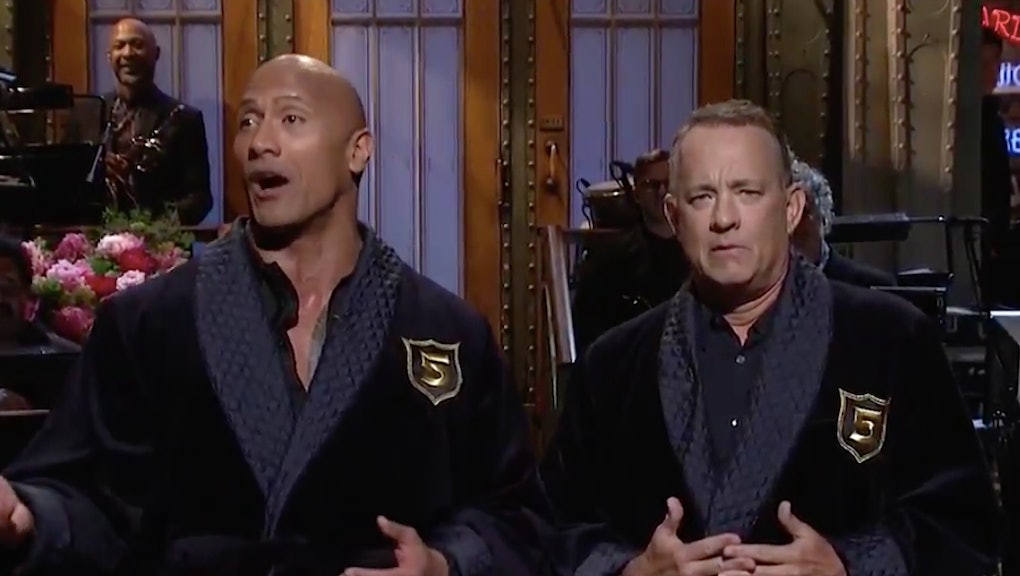 Could Dwayne Johnson be the next president? He's got one great running mate. The Baywatch actor revealed on Saturday Night Live that Tom Hanks is his right-hand man for the 2020 election — sort of.

"Starting tonight I am running for the President of the United States," Johnson, who hosted SNL for the fifth time on Saturday, announced.

Johnson welcomed Hanks onstage and the two made some pretty convincing arguments as to why they would be a good fit for office. Hanks joked that he'd get the votes from the older crowd because he fought in World War II ... in 10 different movies. Johnson added that he has minority votes locked in because everyone "assumes I'm whatever they are."

Watch a clip below.

Unfortunately, Johnson clarified that they are only joking about running in 2020. But then they dropped a Johnson-Hanks 2020 banner, so let's see what the next election year brings us.