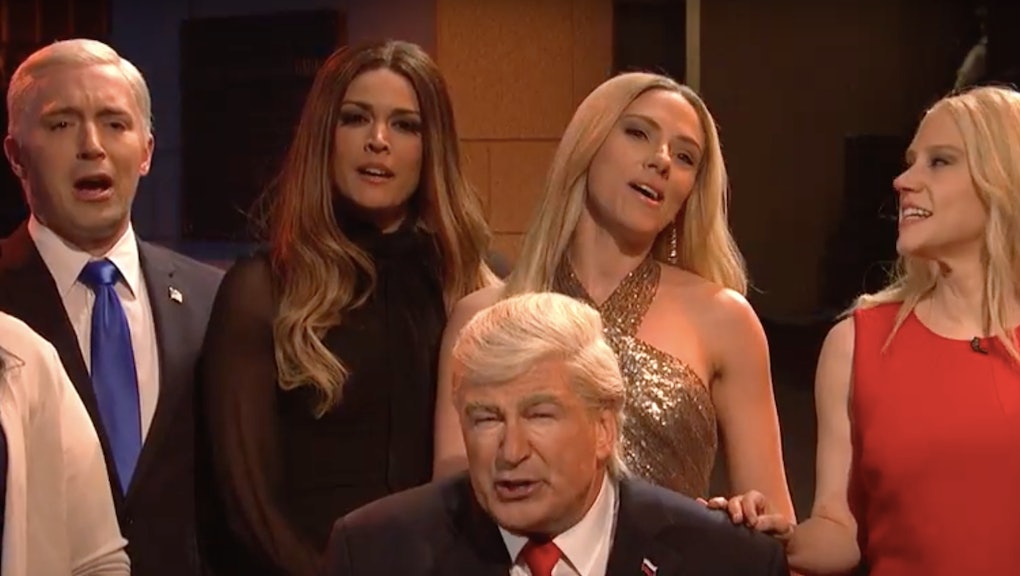 Back in November, Kate McKinnon kicked off the election week Saturday Night Live episode with a rendition of "Hallelujah." Alec Baldwin did the same — sort of — on May 20 for SNL's season 42 finale.

Watch the sketch below: