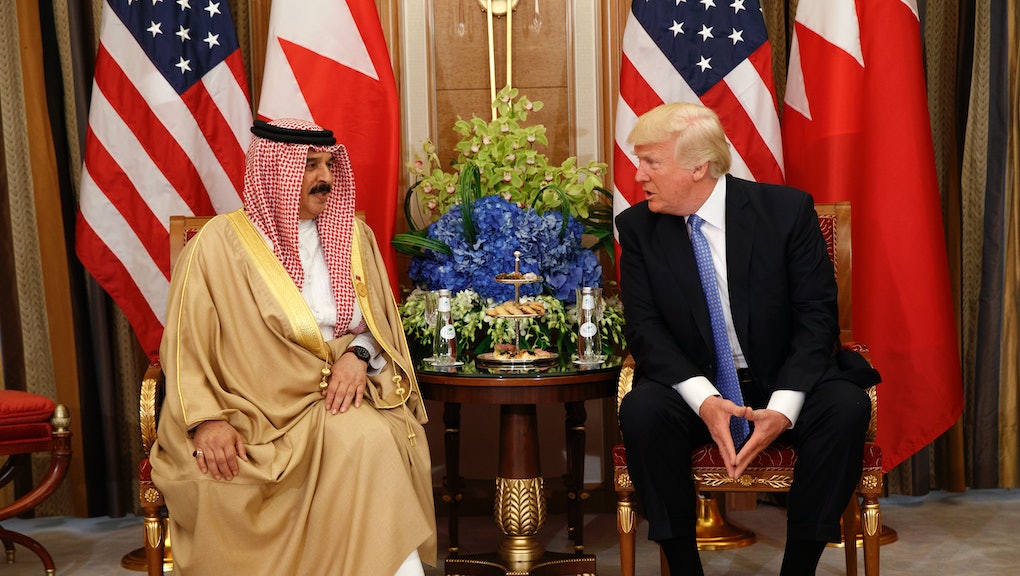 The speech, in which Trump declared terrorism a "battle between good and evil," was delivered at the Riyadh Summit in front of over 50 leaders of Muslim-majority countries. The president used the speech to condemn terrorism and the violent ideology behind it.

But Trump's avoidance of the terms "radical Islamic extremism" and "radical Islamic terrorism" is a sudden flip in his rhetoric about combatting terrorism and violent ideology. Trump has repeatedly criticized former President Barack Obama and former Secretary of State, and 2016 presidential Democratic nominee, Hillary Clinton for refraining from using the phrase "islamic extremism." In June 2016, Trump suggested Obama should resign if he avoids using the term.

In the past several years, and during the 2016 presidential campaign trail, Trump has written a series of tweets where he constantly used the phrase "radical Islamic terror" to support his proposal to ban Muslims entering the United States. He also took credit for Clinton's promise to use the phrase.

Trump has also used the term "radical Islamic terrorism" as a promise to be tough on national security to garner support from the conservative base.

National Security Adviser General H.R. McMaster is reportedly behind the administration's sudden change of tone on terrorism and the country's relationship with the Middle East. According to CNN, McMaster said using the term "radical Islamic terrorism" would be counterproductive to the U.S.' goals for the Middle East during a National Security Council meeting on Thursday. McMaster reportedly said that terrorists are practicing a perversion of Islam and using the term would prevent any helpful cooperation from allies in working to combat terrorist groups.