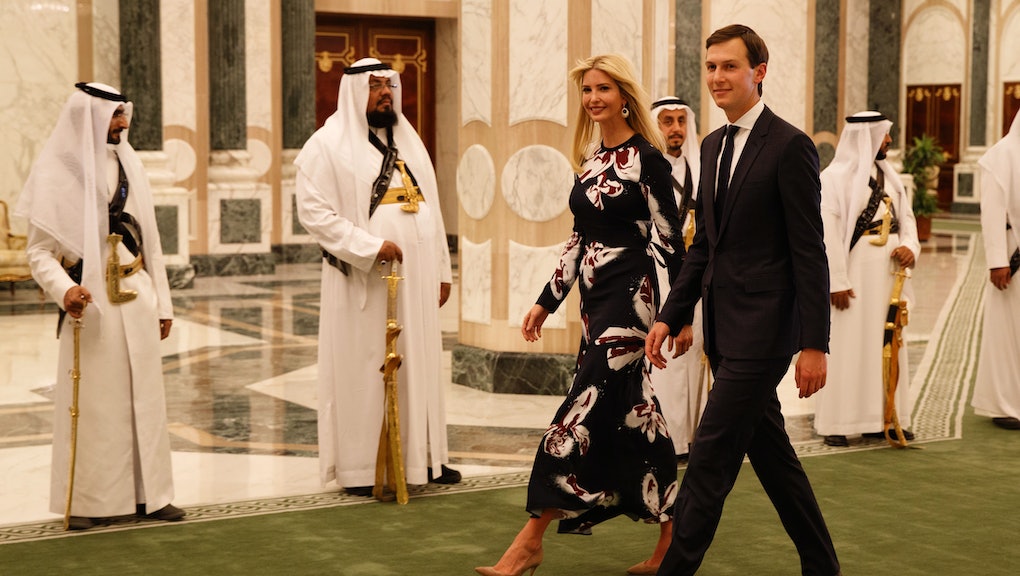 In a continued campaign for women's empowerment, Ivanka Trump spoke with a group of female leaders in Saudi Arabia on Sunday. According to the Washington Post, not everyone was feeling her message.

"Saudi Arabia's progress, especially in recent years, is very encouraging but there's still a lot of work to be done and freedoms and opportunities to continue to fight for," Trump said.

Saudi Arabia affords women and girls few freedoms or opportunities. According to Human Rights Watch, women are obligated to secure the permission of a male guardian before they can work, travel, marry and, potentially, before they can receive health care. Educational and professional settings are segregated by sex, and women cannot drive cars and must be fully covered when they appear in public. Two women reporters were removed from the discussion after opening remarks, according to the Hill.

"The need to empower and engage women transcends borders and cultures," Trump said, according to USA Today. "Whether in the United States or in Saudi Arabia, women play a critical role in a movement that unites us all."

Princess Reema bint Bandar, formerly the CEO of a luxury brand and an advocate for women's advancement, hosted the roundtable. She explained to the 15 women in attendance that she and Trump met through their previous experience working in fashion. "Today, we both find ourselves quite interestingly in governmental positions where we hope to make a difference for the future of women," she said, according to the Post.

The women convened for the event were all well-educated and occupied relatively prominent positions. But as the Post reported, some critics pointed out that the message wasn't particularly practical for those who lack the privilege that's enabled both the princess and Trump's success.

"It's not about Ivanka speaking at the meeting," women's rights activist Loujain al-Hathloul — who was previously arrested in a push to legalize women driving in the country — said. "But is it actually useful for these women from Saudi Arabia to speak as well?" Is their contribution in such events helpful to us Saudi women in general, not princesses or business owners or rich women? Does it actually help us? I doubt it."

"My issue with these events," she added, "is that they show these women as powerful and making an impact, making a change. But in real life, they've been given these opportunities by the men. They did not fight for them."