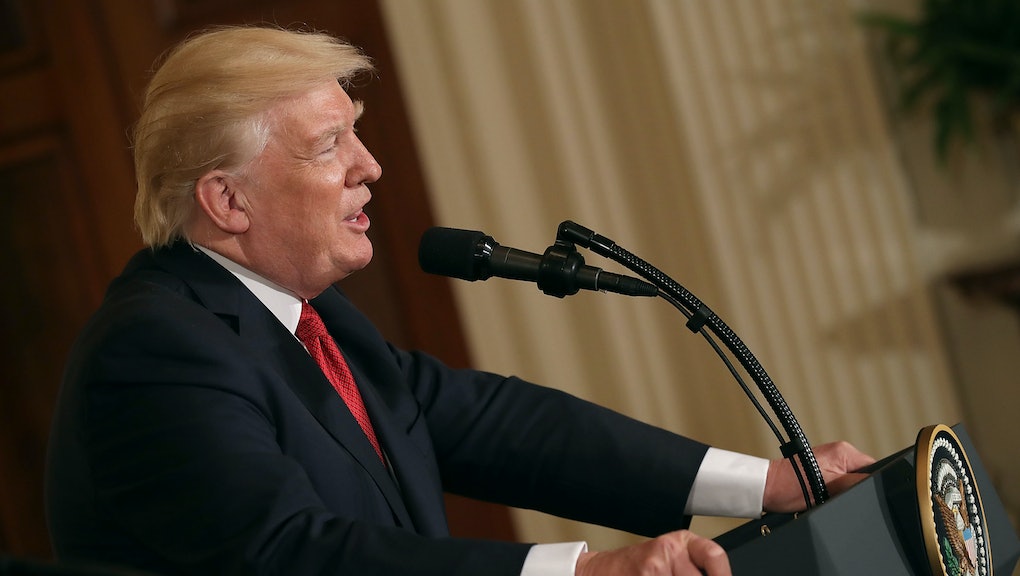 Supporters of President Donald Trump have built a database of thousands of people who signed an anti-Trump petition in April, according to BuzzFeed News.

The document circulated on Centipede Central, a pro-Trump channel on gaming chat service Discord, contains names, addresses, phone numbers and other data such as links to social media profiles. All of the information appears to have been obtained by Google searches for publicly accessible data on the names appearing as signatories on Refuse Fascism's April "Call to Action" petition, which has over 4,600 signatures.

The list — which clearly took a significant amount of time and effort to compile — seemed to be the work of individuals affiliated with the alt-right, the loosely affiliated network of far-right racist activists and trolls which sprung to prominence amid Trump's campaign for president.

Some of the sections contained lengthy bios and additional speculation on the listed individuals' religions and sexual orientations, according to screenshots of the document obtained by BuzzFeed.  But the majority of entries simply list age and rough locations. Users shared the information on text-sharing website Pastebin, although the original link has since been made inaccessible.

Refuse Fascism only shared the first and last names of signatories on its website. The Centipede Central list appears to have been assembled with simple search-engine queries, so it's impossible to know how much of the document is accurate. A quick Google search revealed other archived versions of the list, on which the quality of the entries varied widely. While a few of the profiles were fleshed out, others were marked only with snippets of personal or professional biographies, conjecture and useless tidbits such as "likely Asian."

However, it does look as though users on pro-Trump sites such as 4chan assembled the database en masse and widely disseminated it on social media after concluding the petition likely contained the names of thousands of anti-fascist activists. The information could be used to harass people who signed the petition — or anyone who was simply caught up in the matter via mistaken identity.

As the New York Times noted in February, the rise of Trump in national politics has strongly correlated with the seeming influence of online trolls in public life. Forums like Reddit or online message boards 4chan and 8chan have become hubs where people with malicious agendas search for allies or circulate information on supposed enemies in large, crowd-sourced projects like the list BuzzFeed  discovered.