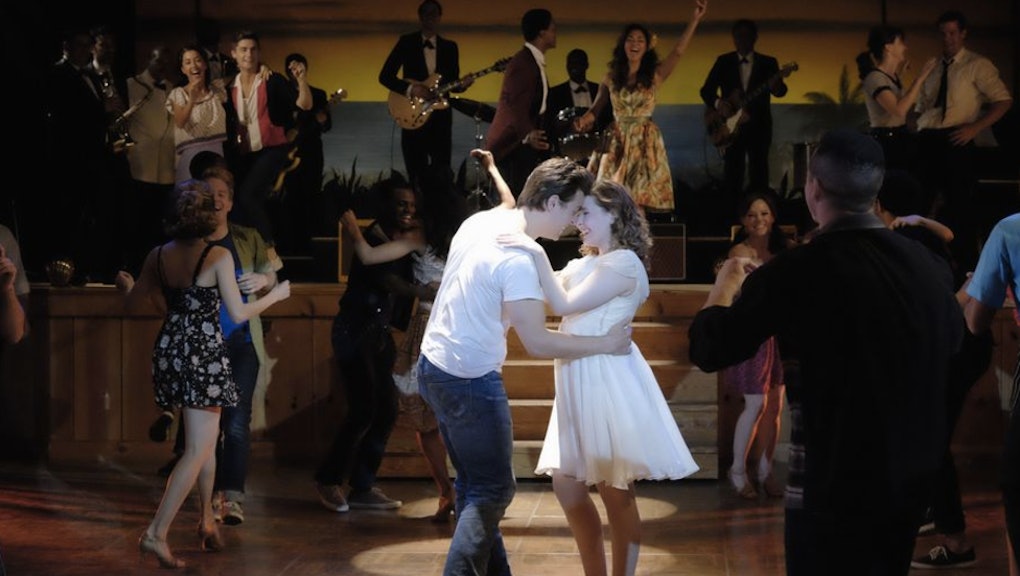 'Dirty Dancing' 2017: What time is the ABC remake airing?

Fans of Dirty Dancing are about to have the time of their lives once again with ABC's remake.

What time will it air?

The musical remake of the classic movie is set to air at 8 p.m. Eastern on Wednesday.

The classic story of Baby and Johnny is being retold as a three-hour movie musical. Unlike Hairspray Live!, Dirty Dancing is a prerecorded TV event.

The new take on Dirty Dancing is set to expand on the themes from the 1987 movie. According to the ABC website, the movie is set to take a deep dive into the characters and how they deal with topical issues like race, women's rights and socio-economic division.

Hyland and Johnson's duet from the movie, "Don't Think Twice, It's Alright," was released ahead of the premiere.