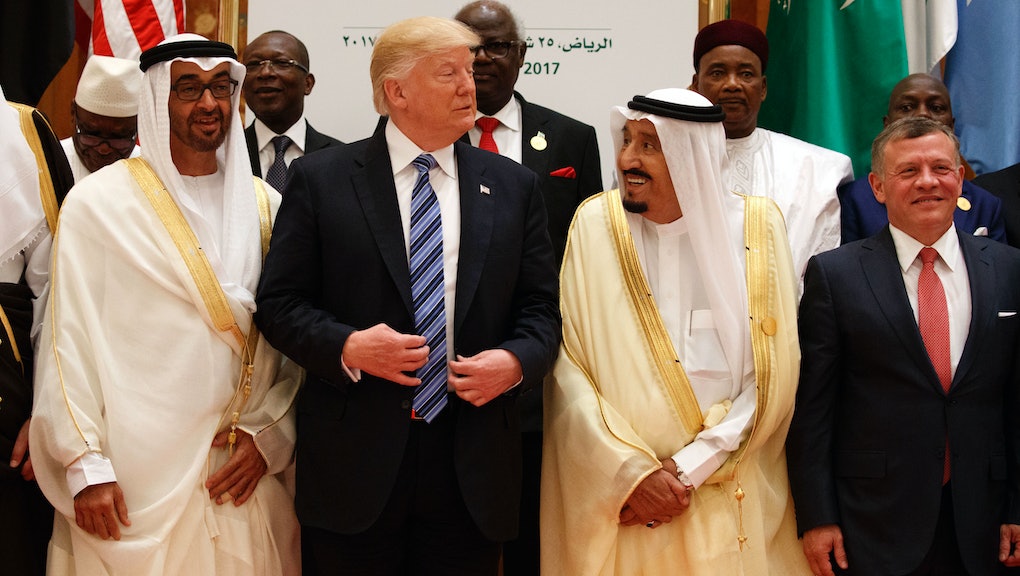 U.S. Secretary of Commerce Wilbur Ross took time Monday morning to commend the lack of protests against President Donald Trump during his visit to Saudi Arabia.

"There was not a single hint of a protester anywhere there during the whole time we were there," Ross said on CNBC. "Not one guy with a bad placard."

What Ross didn't mention is the fact that protesting is not only frowned upon by the government in Saudi Arabia, but people who have protested in the country have been jailed and sentenced to death by beheading.

According to Human Rights Watch, two protesters — who were teenagers when they demonstrated in the Arab Spring in 2011 and 2012 — remained on death row as of September 2016 for their protest activity.

According to a State Department report on the state of human rights in Saudi Arabia in 2015, "the government categorically forbids participation in political protests or unauthorized public assemblies, and security forces reportedly arrested demonstrators and detained them for brief periods."

The CNBC interviewer pointed out Saudi Arabia's crackdown on protests to Ross.

"But Secretary Ross, that may be not necessarily because they don't have those feelings there but because they control people and don't allow them to come and express their feelings quite the same as we do here," the interviewer said.

Yet that point didn't quite sink in to Ross.

"In theory that could be true, but boy there was certainly no sign of it, there was not a single effort at any incursion, there wasn't anything, that the mood was genuinely a good mood," Ross said.

This was not the first blunder Ross made on Trump's first foreign trip as commander in chief.

Ross appeared to fall asleep during a speech Trump gave on "Islamist extremism" on Sunday.