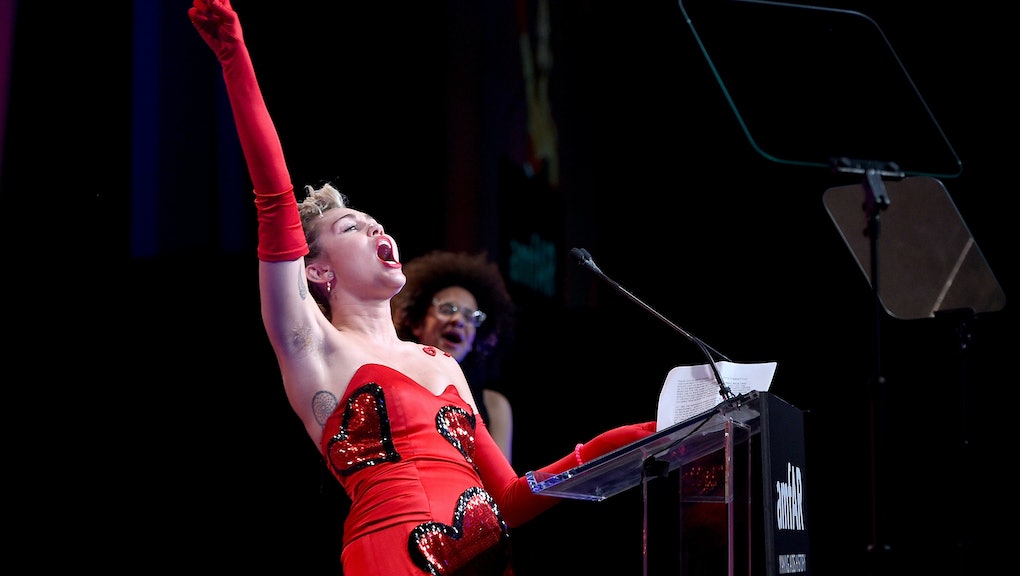 Turns out all this talk about body hair is finally making some change.

According to the Telegraph, a new study by analysts at the research institute Mintel found that nearly one in four women have put down the razor and stopped shaving their armpits.

And it's not even just armpit hair that women are growing less concerned with; it's leg hair, too. In 2013, according to Mintel, 92% of women reportedly regularly shaved their legs. But in 2016, that figure dropped to just 85%.

Adele — who famously said "I'll have no man telling me to shave my fuckin' legs, shave yours" — must be so thrilled.

This drop in women shaving is corroborated by the shaving and hair removal industry, which saw sales drop by 5% between 2015 and 2016.

According to Roshida Khanom, Mintel's associate director in beauty and personal care, this change in personal hair removal could actually be influenced by the wellness and natural beauty movement.

"Clean eating is behind some of those changes," Khanom told the Telegraph. "They're worried about causing irritation from their skin because of these products. We can also see that they're doing other things instead — so 29 percent say they're adding steps to their skincare routine. There's also some pushing back against societal expectations of what women should look like."

Indeed, women like Adele, Miley Cyrus, Emma Watson, Lola Kirke and others across the internet have sparked conversations about how to take care of their body hair, from their legs to their armpits to their pubic area.

In 2015, artist Petra Collins spoke out about armpit hair specifically, noting in a viral video: "I was like, 'Wait, why do I do this every day? Why do I buy things every day to get rid of something that my body's just trying to grow?'"

Rather than simply conforming to the hairless ideal, women are apparently now taking the time to consider their options when it comes to what's best for their bodies — and their hair.