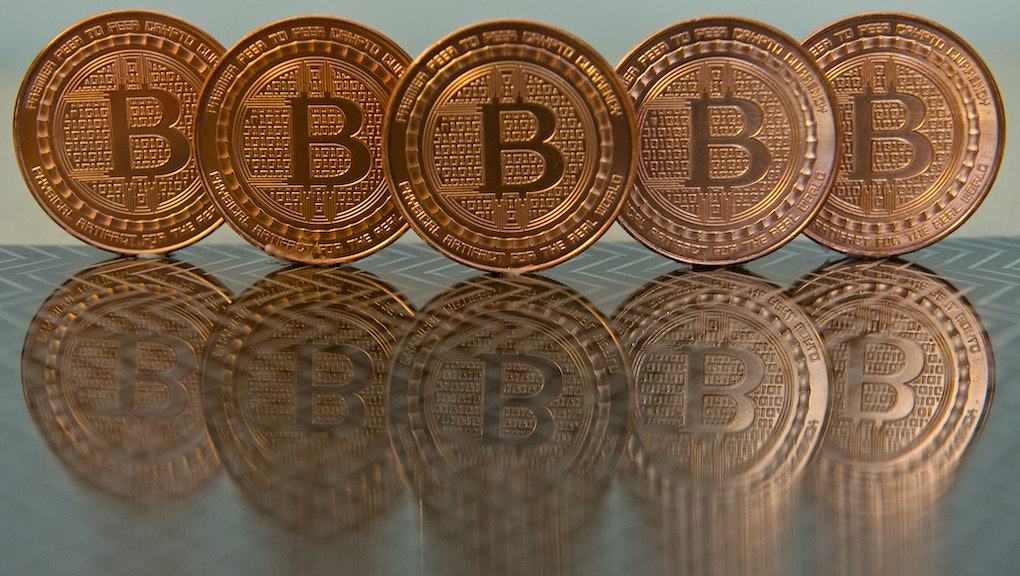 Will buying Bitcoin make you a millionaire? Here's what to know about investing today.

Bitcoin — the controversial cryptocurrency that's been used to pay for everything from illicit drugs to possibly lifesaving research — seems to be on an unstoppable tear lately, with prices having doubled to more than $2,000 in the past two months. As CNBC points out, if you'd bought $100 in bitcoin seven years ago, you'd now have more than $70 million worth of the currency.

Think you may have missed the wave? It's possible. The currency is highly unpredictable: "This is a speculative bet, with 'speculative' in all caps," Duke University finance professor Campbell Harvey said in a phone interview.

That means if you're thinking of buying bitcoin, you shouldn't be putting in more money than you think you'd be willing to afford to lose. As a rule of thumb, first make sure you're funding retirement savings and an emergency fund — and that you've covered all your financial and budgetary essentials.

All set? Then putting up $100 or so of your "fun" cash into Bitcoin might be harmless, especially if it is money you've saved by reducing other parts of your "fun" budget, say by skipping booze for the month or forgoing Seamless.

It's not necessary to purchase bitcoin in whole units; you don't need to spend $2,000 to get in on the game. You can actually purchase any fractional bitcoin amount for however much you feel like spending. If you want to buy just $5, you can buy 1/400th of a bitcoin by specifying that amount on one of the various bitcoin exchange sites. Among the more trusted sites for purchasing bitcoin are Kraken and GDAX.

Plus, previous rallies show bitcoin price increases can stretch out over the course of weeks, if not longer. When bitcoin first went from $200 to $1,000 in 2013, it happened over the course of several weeks.This latest rally, depending on how you want to count it, began a year ago. The acute price jump we're seeing now began at the end of March.

Jacob Eliosoff — manager of Calibrated Markets, a unit of a New York-based investment fund that specializes in bitcoin and other digital currencies — said he agrees. "Probably this is mostly just another self-perpetuating momentum-based bubble: relatively uninformed speculators seeing other people make money fast and trying the same," he said in an email.

"I still feel there's a strong long-term case for average investors putting a bit into the more fundamentally sound coins like bitcoin and ethereum," he continued, "but the current frenzy makes it a dangerous time to get in."

In short, it's likely you've already missed out on the recent monster gains, and you shouldn't expect double-digit returns to come quickly or easily. Still, you don't need to completely write off the opportunity.

A few "fun" bucks in bitcoin today might easily be worth way more in a few years. People laughed at the idea of investing in a random online bookseller in 1997 — for just $18 a share — that wasn't making any money; 20 years later, shares of the company, Amazon, are worth more than $950 a pop.