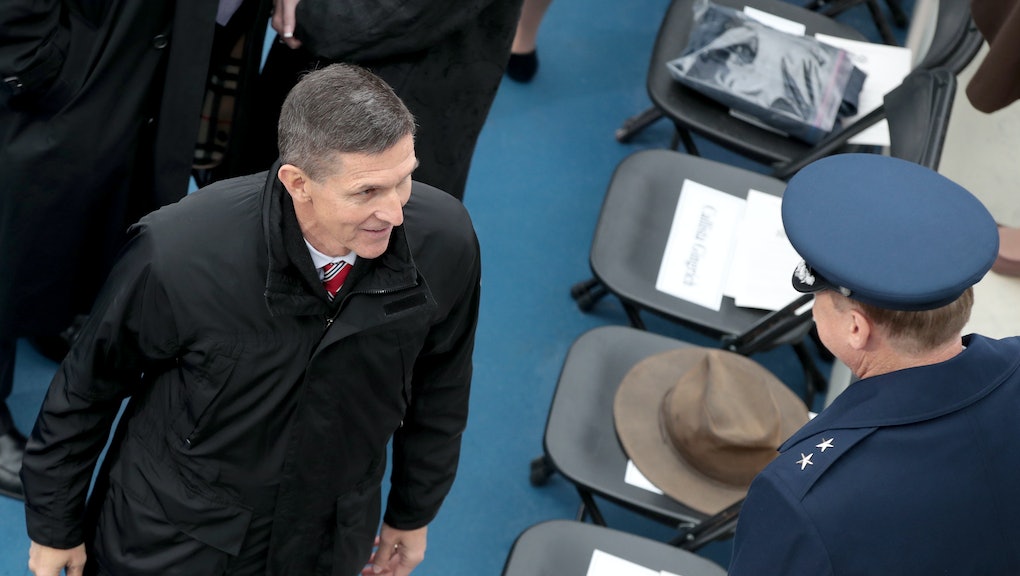 Documents obtained by the House Committee on Oversight and Government Reform show that Michael Flynn, President Donald Trump's former national security adviser who resigned after lying to other White House officials about his contacts with the Russian ambassador, also lied to federal investigators.

According to a letter from ranking Democratic member Elijah Cummings (D-Md.) to the committee's chairman, Jason Chaffetz (R-Utah), Flynn told Defense Department investigators in 2016 "U.S. companies" had paid for him to attend a gala with Russian President Vladimir Putin the prior year. The payments were actually made by RT, a state-funded Russian television network known for news heavily-tilted toward Moscow's line.

Flynn also appeared to have lied about whether the nature of his contact with Russian officials was "insubstantial."

Cummings suggested Chaffetz, who has been defensive of Trump despite his job running House Oversight, was trying to protect the administration by not pursuing the evidence.

Earlier in the day, Flynn decided to invoke the Fifth Amendment rather than comply with a Senate Intelligence Committee subpoena requesting all documents relevant to its investigation into the Trump campaign's links to Russia, causing ranking Democratic Sen. Mark Warner (R-Va.) to suggest Flynn might be held in contempt, according to CNN.

Flynn was also under investigation for allegedly undisclosed lobbying on behalf of the government of Turkey, something Trump knew at the time he decided to hire him. According to the news agency McClatchy, Flynn intervened at the beginning of the Trump administration to stop a U.S.-backed Kurdish attack on ISIS' capital city of Raqqa, Syria — seemingly in accordance with the wishes of Turkey, which views Kurdish activity in the region as a threat to its territorial integrity.