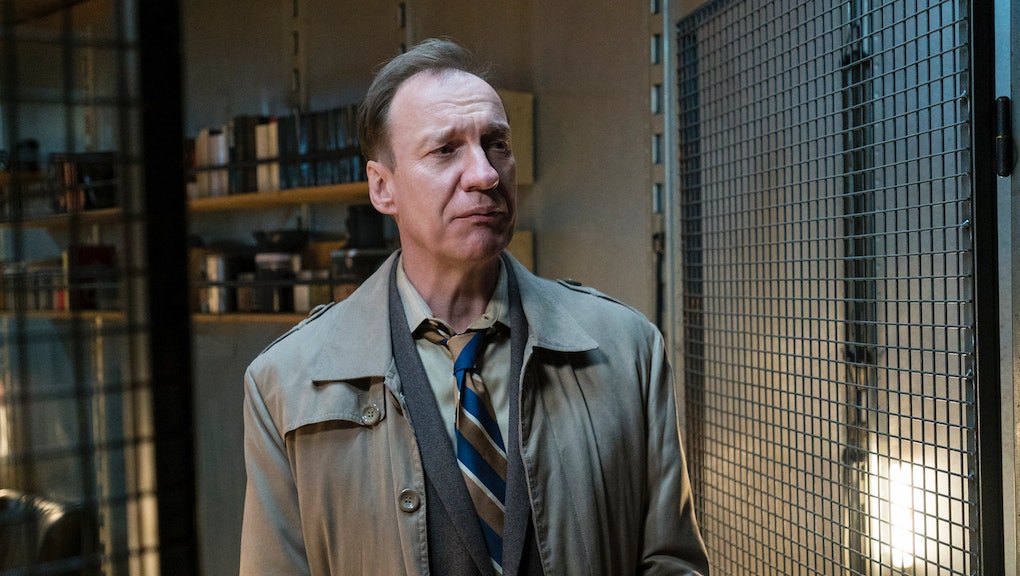 'Fargo' season 3, episode 6 kills off a main character in a surprising twist

On a slower episode of FX's Fargo, perhaps the breakout moment would be the mysterious business mogul V.M. Varga positing that the lunar landing was an elaborate government conspiracy. With flat-Earth truthers, conspiracy nuts and Donald Trump supporters a very real thing, this feels like some dangerous propaganda, Noah Hawley!

But the sixth episode of Fargo's third season, "The Lord of No Mercy," kept the same, overwhelming degree of tension from last week's brutal closing moments, in which Nikki Swango was nearly beaten to death by Varga's lackeys. Befitting the episode title, we do have a major death this week — but probably not whom you were expecting. Oh yeah, you should look away now if you don't want to know who met their demise.

We're down to one Ewan McGregor. Indeed, this was the end of the road for Ray Stussy, the Corvette-driving, recently fired parole officer who found himself entangled in Varga's criminal enterprise by really, bringing it upon himself. The crux of this third season came down to the bitter, albeit avoidable, feud between Ray and his brother Emmit (also played by McGregor), the Parking Lot King of Minnesota. The pettiness of the feud — stemming from a vintage stamp Emmit got in a trade with his brother in their youth — is what led to Ennis Stussy's death at the hands of Maurice LeFay, one of Ray's parolees, kicking everything into motion.

Ray is, understandably, upset that Nikki was almost murdered and wants revenge. To Nikki's credit, she does offer up some details about her assailants and the car they drive. One thing leads to another, and the couple find themselves tracking the car back to one of the Stussy parking lots where Varga's truck is parked. Ray, with all his machismo, wants to jump out of the car, guns blazing, 'cause no one hurts his girl like that. It's Nikki, the steady presence (and besides Varga and maybe Gloria, the smartest character this season) who preaches patience. And so they wait.

But who's following who? A visit from Gloria and Winnie to Stussy HQ leaves Varga and Emmit flummoxed, as the officers try to put the pieces together over the Ennis Stussy murder. Was Ray trying to get back at his brother by using Maurice LeFay? We the viewer, of course, know this is true. Gloria probably doesn't know just how close she is to the truth, though a terse exchange with Varga — "I didn't get your name," she tells him, to which he responds, "true" — will surely arouse more suspicion.

The police presence circling Ray — and by extension, Emmit and the parking lot business — is enough to warrant an intervention. So Varga asks Meemo, the soft-spoken hitman, to execute Ray, while Yuri Gurka searches the Eden Valley Police Department (located in Eden Valley's public library!) for more information about the Ennis Stussy murder.

Meanwhile, Ray and Nikki assume the worst when Gloria and Winnie try to visit Ray's place, and once the officers leave they decide to pack everything up and hide out in a motel. Meemo is following them. It's a lot of conjecture on behalf of nearly every character on Fargo, which makes the subsequent scenes equal parts heartbreaking and completely avoidable.

Ray forgets his getaway cash at his place, so he opts to head back while Nikki stays at the motel. When Ray makes his way back, he's greeted by Emmit, who's brought the framed Sisyphus stamp as a peace offering. He wants this feud to end, which, considering the fact that Ray stole cash from his bank and made a fake sex tape that led to Emmit's wife leaving him, is actually quite commendable. But Ray's hubris, quite literally, ends up killing him. He refuses to take the stamp back, "You can't give me what was mine from the start." They tug at the frame, which eventually smashes over Ray's face. A shard of glass has hit an artery in his neck; he pulls it out and slowly bleeds to death.

In a bitter twist of fate, it's actually Ray's death that ends up saving Nikki's life. Meemo is called away from the motel to deal with Ray's body, just as Nikki left her room to get some ice to tend to her wounds. She'll live to scheme and play competitive bridge another day.

On Fargo, deaths tend to have a ripple effect: Once one body drops, several more will probably follow suit, culminating at the end of the season with someone lamenting how this all could have been avoidable — or totally unnecessary. Ray's death falls under both categories, and with Gloria heading back to Ray's apartment that evening, a couple of things could come from it. Either she'll find Varga, Meemo and Emmit at the scene of the crime (unlikely), or she'll see Ray's body and fixate on the case even further.

It may be the end of the line for Ray, but for everyone else, the chaos is in full swing.