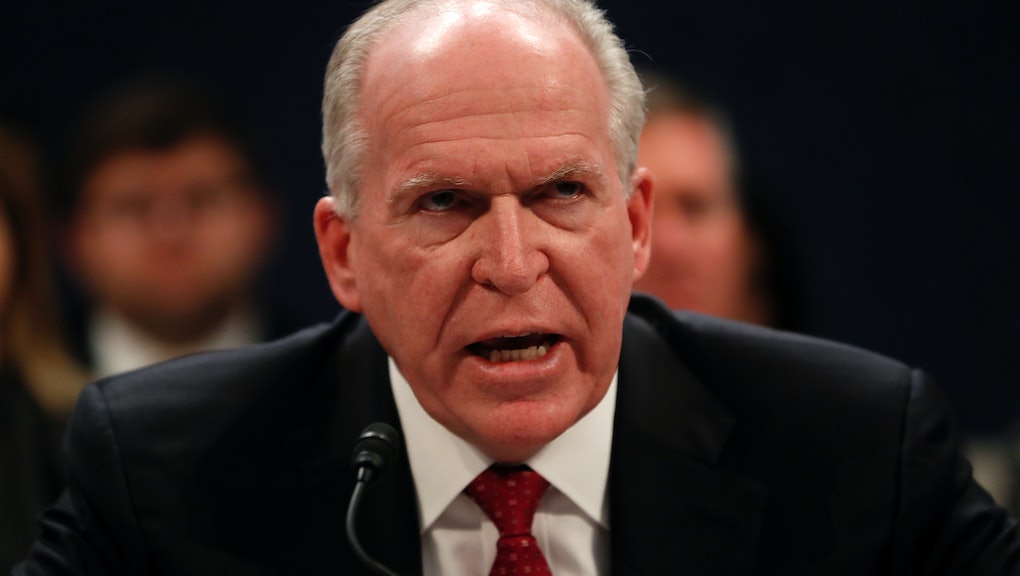 In testimony Tuesday before the House Intelligence Committee, former CIA Director John Brennan said he was "worried" about Russian contacts with "U.S. persons" — including those between Russian officials and members of the Trump campaign.

"I was worried about the number of contacts that the Russians had with U.S. persons," Brennan said, Talking Points Memo reported. "Therefore, by the time I left office on January 20th, I had unresolved questions in my mind as to whether or not the Russians had been successful in getting U.S. persons involved in the campaign or not to work on their behalf again either in a witting or unwitting fashion."

Brennan also made clear that, during the summer, he had been specifically aware of contacts between the Trump campaign and Russian officials.

"I encountered and am aware of information and intelligence that revealed contacts and interactions between Russian officials and U.S. persons involved in the Trump campaign," he said. "I was concerned because of known Russian efforts to suborn such individuals. And it raised questions in my mind again whether or not the Russians were able to gain the cooperation of those individuals."

The testimony revealed the extent to which the intelligence community knew about and was monitoring Russian interference in the election in favor of the Trump campaign and potential collusion with the campaign.

Brennan emphasized in his testimony he was not making a determination about whether the Trump campaign knowingly colluded with Russia, saying he did not have "sufficient information" to make that determination. Brennan also made a point of implying that people associated with the Trump campaign could have been unwittingly duped into aiding Russia.

"Frequently, individuals who go along the treasonous path do not even realize they're along that path until it gets to be a bit too late," Brennan told the committee.