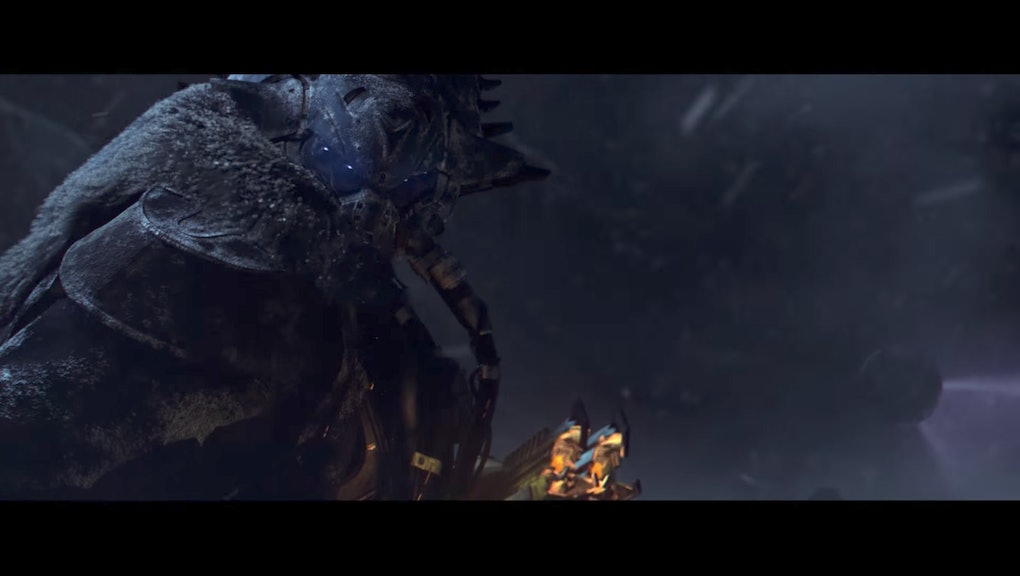 'Destiny 2' Fallen Enemies: What the sequel may have in store for the game's iconic villains

Wondering what the Fallen are up to in Destiny 2? Here's what we know so far.

Since the livestream on Bungie's Twitch account on May 18, we've been getting a lot of information about the hotly anticipated sequel to the sci-fi FPS Destiny. Although we're still waiting for more information about the summer beta, we've learned about the inclusion of a Destiny Sherpa-like mechanic called guided games, the plan to change the Crucible to 3-on-3 matches and the three new supers that are in the works for the game.

What we haven't learned a lot about however, is what's up with the Fallen, the four-armed, ether-huffing nomadic aliens who made your Guardian career on the Cosmodrome a real nightmare. A lot of fans have some theories, and Bungie may have buried hints about what's to come in some late-game Grimoire cards.

Destiny 2 Fallen: Could the Fallen serve as allies to the Guardians?

The Fallen — Eliksni in their own language — have always been the favored enemy aliens of Destiny's world to make a face turn. You indirectly learned that the Awoken Queen of the Reef, Mara Sov, was the head of the House of Wolves during the game's expansion of the same name.

Additionally, the Vandal Variks' continued loyalty to the Queen and the Reef, even after her disappearance at the beginning of the Taken King expansion, proves that out of all the alien species in the games, they're the most amenable to an alliance with the Guardians. There's even a Grimoire card about Cayde-6 allying himself with a Fallen Baroness to fight the Hive on the Moon.

Bungie's added a few of those Grimoire cards into the mix with the Age of Triumph event that hint at something big happening with the Fallen.

First, there's the Grimoire card Ghost Fragment: Fallen 6 that details all the Fallen basically picking up and leaving the Cosmodrome, and their Houses are breaking up. The card ends with the narrator writing, "I'm not even sure they're flying banners anymore," and a description of giant piles of Fallen weapon and armors being burned in huge pyres. It's very cool, but it also makes us wonder why the Fallen would do that. Could they be uniting? For what purpose?

Another Grimoire card details what Mara Sov's brother, Ulden, has been up to since his dear sister's disappearance. In Ghost Fragment: The Reef 4, we get some narration of someone close to Uldren. It infers that he allowed himself to be captured by the Fallen in order to get close to one of their kells — essentially the Fallen version of a petty noble. It remains to be seen what's going to come of both of these hints, but chances are good it's something big.

As a final word, Games Radar made the observation that in addition to all these new lore dumps, the Fallen have not been featured in any gameplay demos thus far. There's a chance this is because Bungie might just want to debut more about the new Cabal villains. But given that the first enemy you fight in Destiny is the Fallen, and they were the subject of the game's final expansion, it seems weird we're not seeing anything about them.

Only time will tell, but you might be making some new, four-armed friends in Destiny 2.