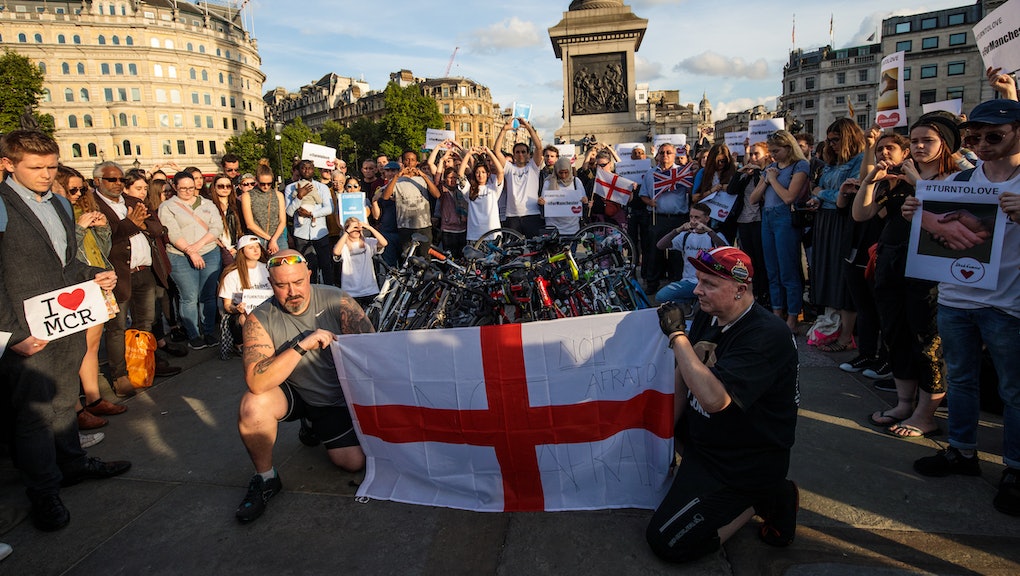 Artists cancel tours out of respect for Manchester victims

Artists are canceling events in England out of respect for the victims of Monday's deadly terror attack at an Ariana Grande concert in Manchester. Grande has announced a postponement of her world tour, and acts like Blondie and Take That have also canceled upcoming events in London and Manchester to pay respects to the 22 children and adults who died from the bombing.

Debbie Harry announced on Twitter Tuesday that she would cancel Blondie's performance in London.

British pop band Take That also announced they would cancel performances in Manchester and Liverpool. Manchester Arena announced the cancellation of Take That's concerts on Thursday and Friday.

The Comedy Store in Manchester also cancelled an event planned for Tuesday night.