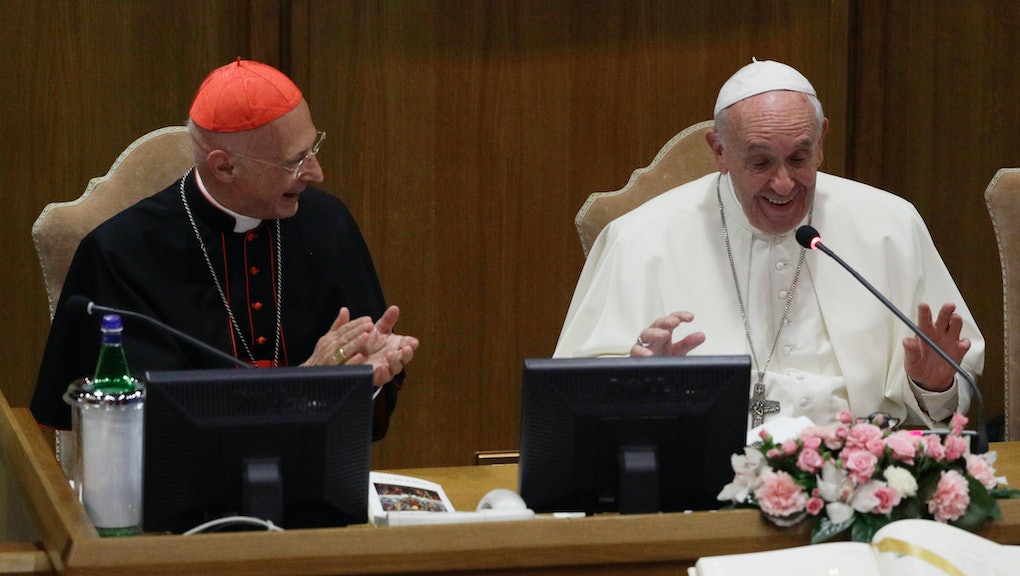 Catholics voted for Donald Trump, but most have little faith in his deportation goals

President Donald Trump carried the Catholic vote in last year's presidential election, but on the eve of his meeting with Pope Francis, he's apparently got some Doubting Thomases to contend with on immigration.

Public opinion research firm PRRI noted Tuesday that despite Trump's success with those of the faith, the vast majority of Catholics may have views that don't line up with the new president's hardline immigration stances.

Trump, who's tangled with the pontiff in the past over immigration, heads to the Vatican having just unveiled a proposed Fiscal Year 2018 spending plan that, per USA Today, increases the Department of Homeland Security budget by 6.7% to $44.1 billion.

PRRI also found "white Catholics are about as likely as all Catholics to support a path to citizenship," but were more likely to back deportation.

The late Prince once sang, "You can be the president. I'd rather be the pope."

Trump might feel the same after seeing how his historical approvals stacked up against those of the pontiff: PRRI found that as of February, just 42% of Catholics held a favorable view of the president. Last year, Francis had a stunning 90% approval rating.

The president's audience with Francis follows stops in Saudi Arabia and Israel.