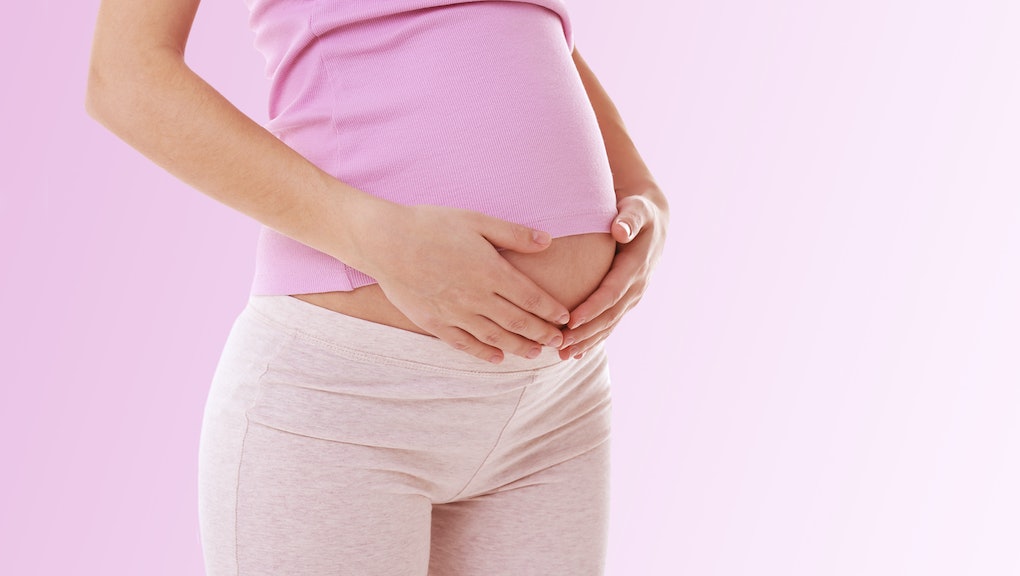 Maddi Runkles, a senior at the religious Heritage Academy in Hagerstown, Maryland, has always been a model student, active in her school's extracurriculars and student council. She's also pregnant, which means that Heritage — which happens to be staunchly anti-abortion — will not let her walk at graduation on June 2.

As the New York Times originally reported, Runkles found out she was expecting in January. In a phone interview on Wednesday, she explained that a missed period and persistent nausea prompted her to take a pregnancy test. It was positive. After taking five more, all with the same result, she told the father — a college student — who was scared but eminently supportive, she said.

"Immediately, he was like, 'We're gonna get through this, everything's gonna be fine,'" Runkles recalled. "And I agreed with him."

Yet Runkles, who comes from a Christian family and grew up in a conservative church and attends a Christian school, had doubts about whether or not things would actually be fine if she had a baby.  "I've seen Christians ... forgive women that have abortions," she said. "They move on from it, they help [the women] through that process and then it's all done and over with and no one brings it up again."

For teen pregnancy, she explained, that's not always the case. "Yeah, they [Christians] forgive you, I guess, for having premarital sex, but then they just really don't want anything to do with you and they treat you like the outcast, like the black sheep."

Ultimately, Runkles couldn't reconcile having an abortion with her own religious beliefs. When she told her family about the pregnancy, she was met with an abundance of love — although, she said, her parents did feel some foreboding about how other members of the community might treat her. When it comes to Heritage Academy, their fears seem to have been founded.

Runkles initially received a two-day suspension and was stripped of her role as student council president. Heritage also banned her from campus and participation in school activities until after her September due date, a decision her parents appealed. Eventually, the administration agreed to lift the attendance ban, but was adamant in its refusal to let her take the stage at graduation.

While Heritage maintains that it has no problem with the pregnancy itself, even applauds her decision to have a child, it cannot get past the fact that she had sex. In a statement on the school's website, administrator David Hobbs offered an explanation:

Let me clarify some facts: Maddi is being disciplined, not because she was pregnant, but because she was immoral. The student pledge which every student signs from 5th grade to 12th grade signs states that this application of Philippians 4:8 'extends to my actions, such as protecting my body by abstaining from sexual immorality and from the use of tobacco, alcohol and illegal drugs." Heritage is also pleased that she has chosen not to abort her son. However, her immorality is the original choice she made that began this situation.

Heritage Academy did not return Mic's request for comment, but according to Runkles, the school does not specify punishments for the aforementioned activities. Many kids who've been caught breaking the pledge have simply lied about their behavior, she said, while school officials "just turned their heads." Maybe they take students out of leadership roles, maybe they hand out suspensions, but administrators generally don't ban violators from campus.

"They're allowed to walk in graduation," she said, "but I broke one rule, and I feel like it's just because I have that visible 'consequence' from it and that's why people can't accept the fact that the way that I've been treated was way more harsh than the other students."

Runkles reached out to Students for Life, a youth-oriented anti-abortion group, for help making her case. Its president, Kristan Hawkins, called Hobbs to discuss the matter privately. In a subsequent letter, he thanked Hawkins for SFL's "pro-life efforts here in our nation" but said, ultimately, "This matter is an internal issue about which much prayer and discussion has taken place." It seems unlikely that he will budge.

There's an unfortunate irony in an institution punishing a student for being visibly pregnant, even as it stands against abortion rights — women are damned if they do, and damned if they don't. Heritage would likely argue that students needn't worry about being damned at all if they stick to the abstinence pledge, but study after study confirms that abstinence-only sex education doesn't work. Indeed, it translates to more teen pregnancies and increased incidence of sexually transmitted infection.

"Kids are going to have sex and when they do, and then they get pregnant, you can't just drag out a punishment or not support them or take them out of school," Kristina Hernandez, communications director for SFL, said. "That's just not the loving and compassionate thing to do."