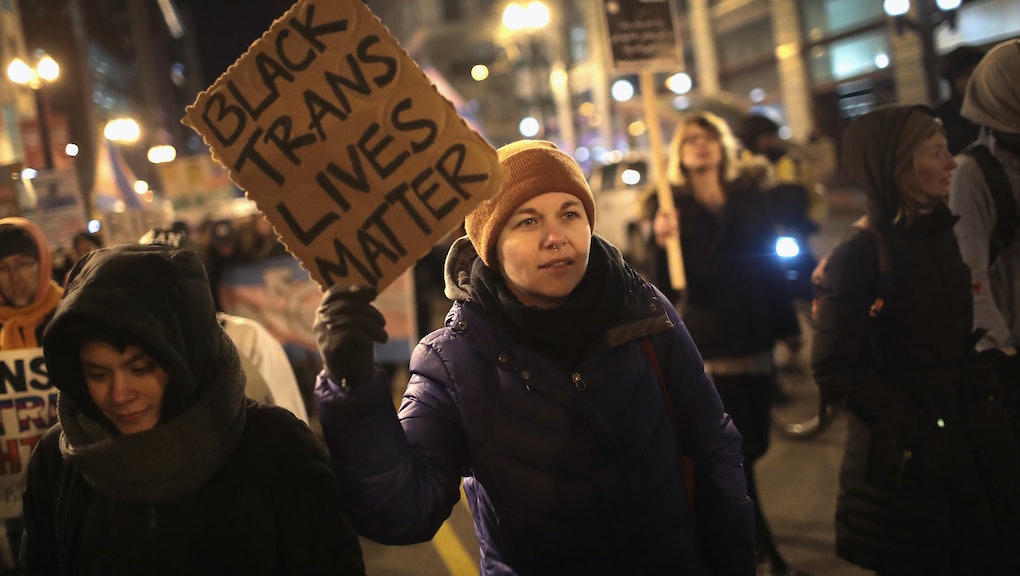 Trump's proposed budget keeps allotted funding for much of the United States-focused Ryan White Care program, which provides treatment and support services for HIV-positive Americans. However, it also seeks to eliminate $25 million in funding for a line item called "Special Projects of National Significance." Part of that line item includes a $3.2 million initiative meant to keep HIV-positive transgender women of color in care.

The grant is divided among nine recipients across the United States, including the Community Healthcare Network, based in New York. According to Freddy Molano, the vice president of infectious diseases and LGBTQ programs, about 300 HIV-positive transgender women of color access care through CHC's transgender care program.

On Wednesday, Molano said Trump's proposed cut could be devastating to the community.

"From a public health point of view, it's very devastating news," Molano said. "It will stop us from going outside to look for the patients. It's like turning the clock back."

According to Molano, the funding CHC receives allows them to reach out to transgender women, including sending employees out into the community to find trans women who may be living with HIV and remain undiagnosed.

He called the cuts a "surprise" and said the administration is sending a message of "lack of empathy" to people living with or at risk for HIV.

"Having the tools to deal with the disease and not being able use them to prevent new infections, to have patients become virally suppressed, it's really sad."

The cut to trans health care is part of a larger series of cuts in Trump's budget that directly affects HIV-positive Americans and those at risk. The proposed cuts include a 20% reduction in HIV prevention programs and cuts to global AIDS care that the New York Times estimates could cost a million lives. In a press release, advocacy think tank Treatment Action Group called the cuts "murderous."

One 2012 study showed that transgender women were about 49 times more likely to contract HIV than the general population. According to the Centers for Disease Control and Prevention, half of transgender women who are diagnosed with HIV are black.

Transgender women face a host of challenges to staying in care for their HIV. According to a study in Annals of Behavioral Medicine, stigma and a lack of trans-specific health care both erect barriers between transgender women and good HIV care.

According to Aidsmap, trans women who received treatment for HIV and hormone therapy from the same doctor were more likely to stay in care and have an undetectable viral load, which meant they were healthier. The ongoing PARTNER study, which will end in 2017, has shown that zero people with an undetectable viral load have passed the virus on to other sexual partners.