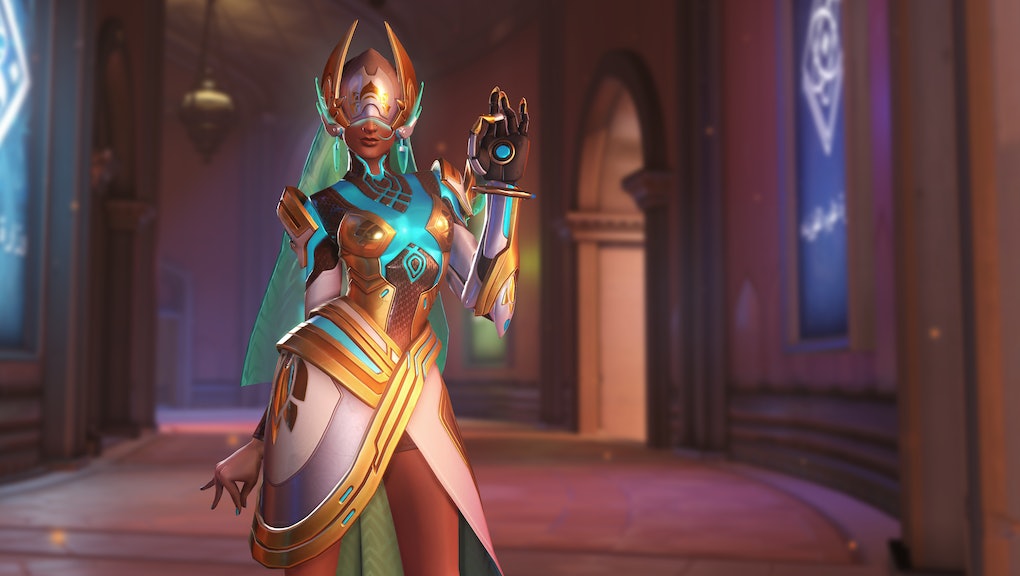 The Overwatch Anniversary event is finally in full swing until June 12. But while you were busy throwing your controller at a wall when you pulled yet another duplicate spray out of a loot box, you might have missed some of the subtler details that Blizzard hid throughout all its new items.

Lúcio's speed boosting and healing songs always sounded the same no matter what skin you had equipped, but Anniversary changes that up.

When you have Lúcio's new Jazzy skin equipped, his speed song swaps to a frenetic, jazzy horn solo, and his heal song sounds like chilled out, piano lounge music.

You can hear it for yourself in the video above.

One of the biggest chunks of content in Overwatch Anniversary is the collection of dance emotes that every single character can unlock — and they're packed with all sorts of goofy references.

For example, Zarya's dance comes from that hilarious viral aerobics competition video, and Mei's is a reference to a dance from the anime The Melancholy of Haruhi Suzumiya.

Check out the video above for a good round up of every hidden reference.

In the portion of the Winter Wonderland comic "Reflections" that shows how each character is spending the holidays, one panel shows McCree and Sombra drinking by themselves at opposite ends of a bar.

And, in the Castillo map, you can visit that very same bar. (See the matching tapestries on the wall?)

It's no secret that Symmetra got the Anniversary event's best skin — but the fact that it glows in the dark in Overwatch's nighttime maps makes it even better.

Overwatch Anniversary event secrets: If you time their dance emotes correctly, Roadhog and Junkrat will high five each other.

Blizzard has a habit of making Roadhog's and Junkrat's sprays interact, but now their dance emotes interact too.

If you time it correctly, the two will appear to high five as they spin around and meet in the middle.