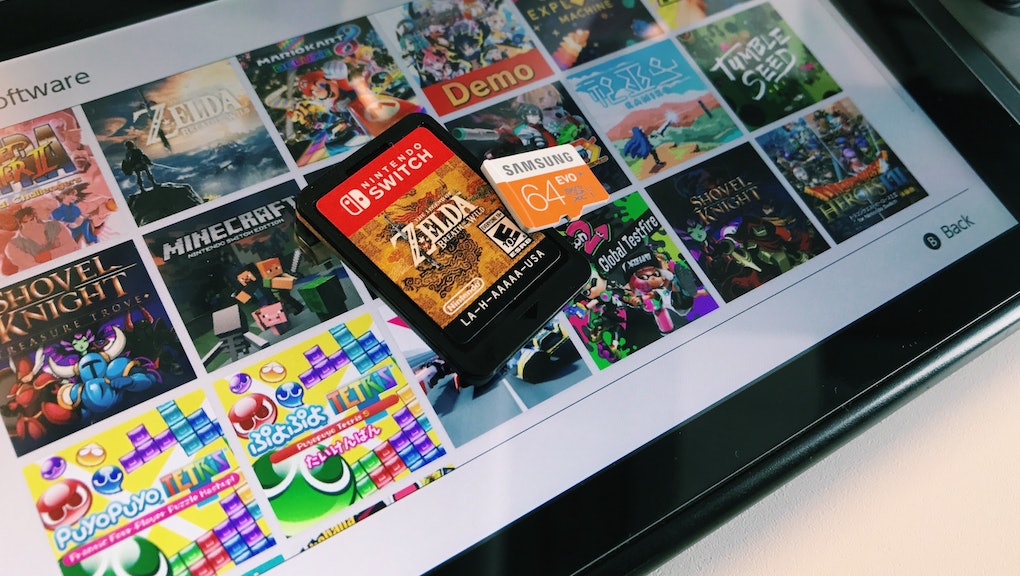 Nintendo's Switch 'Arms' download file size: How is this game so small?

The Nintendo Switch caught a lot of flack for its paltry internal memory size. The 32GB chip tucked away inside the Switch is blatantly less than other home consoles' storage capacities — the PS4 and Xbox One both start at 500GB. The amount of space Nintendo's Switch gives you for storing games and save files isn't impressive, but what is are how big Nintendo's games are.

The file size of the first marquee game for Switch, Legend of Zelda: Breath of the Wild, gave many gamers pause. At 13.4GB when downloaded, the newest Zelda takes up a large chunk of the Switch's available space. Luckily Nintendo's games since have gotten smaller.

Since Breath of the Wild we've seen one more major release from the folks at the big N. Mario Kart 8 Deluxe weighs in at 6.8GB on our Switch (6.75 on others) and the upcoming Splatoon 2 will be even smaller at 5.5GB. And then there's Arms. While the demo clocks in at 1.4GB on our Nintendo Switch, the entire game measures up to 2.2 freaking gigabytes. How the ...

By comparison, the Ultra Street Fighter 2 review copy we were sent (of the full game) is 2.7GB. To clarify: the 2D fighting game remake is 0.5GB bigger than the brand news, 3D Arms will be.

Arms is smaller than the review copy of Ultra Street Fighter 2 we were sent. How, sway?

How do Nintendo Switch file sizes compare to Playstation and Xbox games?

Xbox requires that you install the entire game before playing, as does Playstation, even if you own the disc. The Switch can save on memory use since games on cartridge don't require installing. But even going digital-only with your games, titles like Arms are still only 2.2GB. How does that compare against popular PS4 and Xbox One titles?

Games like Rise of the Tomb Raider and Persona 5 clock in at around 20GB on Playstation 4 while Xbox One exclusives like Halo 5: Guardians and Gears of War 4 are 97.5GB and 116GB, respectively.

Small games do exist on non-Nintendo systems, however, like the 7.74GB Overwatch and the universally beloved, 0.87GB game I Am Bread. Yes, the game about literally being bread.

Nintendo's games are tiny, but there's a lot more coming to the Switch

It's clear Nintendo has the secret ingredient to making tiny games, but there are other chefs in the Switch kitchen. Games like the 19GB Skyrim are headed to the Switch, and some players will want to download it without worrying about storage space.

A game like Fifa 17 comes in at over 40GB on PS4. The soccer game doesn't have a Switch equivalent, but Fifa 18 is expected to come to the console eventually. Let's hope by then Nintendo shares with EA, Bethesda and more the secret ingredient.