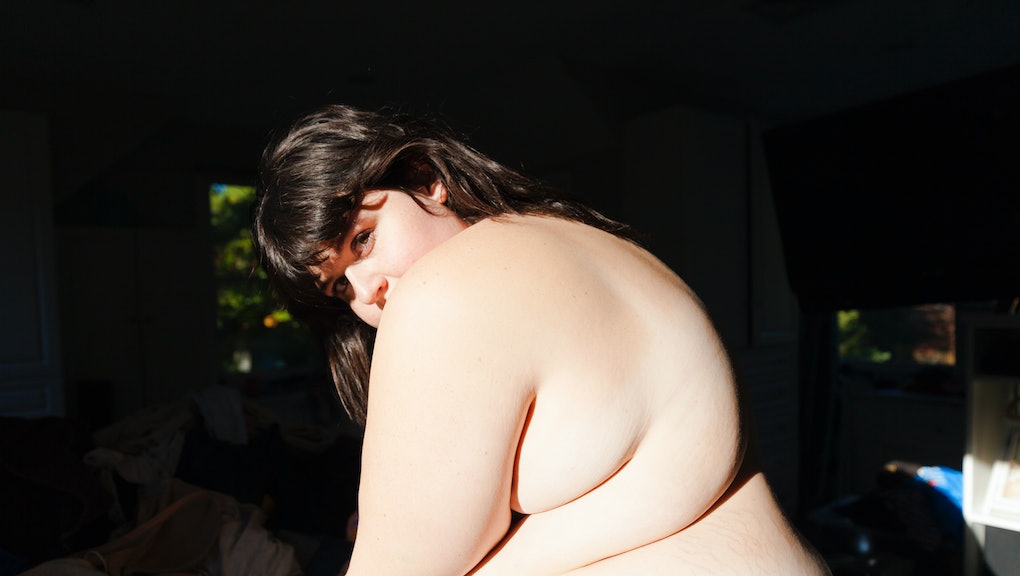 Inspired by a near-death experience, this artist's senior thesis is about loving her body

For her senior thesis, artist Caroline Fahey wanted to make a statement. For years, she had loved self-portraiture and found it educational for herself as she continued to learn about her own relationship with her body, health and well-being.

So all that came together for her photo series, Silver Lining, which shows Fahey, 22, in a variety of poses and states, elated with her body — and sometimes not.

"Silver Lining was inspired after I had a blood clot in my brain during my sophomore year of college," Fahey said in an interview. "While I was recovering in the hospital, my mother kept insisting that the clot was a silver lining. I refused to believe her. It was impossible to be so optimistic when I was in extreme physical and emotional pain. Almost dying is really scary, but way more eye opening. The aftermath of the blood clot became my silver lining."

The real message she wanted to send with these images is that this journey to self-love isn't an easy one.

"It's OK to feel sexy one day, lazy and ugly the next. It's okay to be confused and frustrated, confident and insecure," Fahey said. "Life is complicated and sometimes doesn't make any sense. Through my images, I want to visually show how to embrace human complexities — and I think that's something most humans can relate with."

Fahey's body is one that is not often represented in the most visible photography, which seems particularly odd being that most women in America now are plus sized. That actually only made her want to do this series more.

"The first time I showed self-portraits was in my freshman year digital class at [New York University]," Fahey said. "Frankly, I was terrified, but I quickly learned the only reason I was hesitant of showing people what my fat rolls or chaffed legs looked like was not because of my own insecurity, but because of our culture's fear and negative perception of fatness."

And so here is Fahey, celebrating her body and this journey to self-acceptance for all to see.

But Fahey hopes that this series doesn't just connect with other people who see themselves as plus sized — she says it's for everyone. That's because this story is really a universal one: Everyone has their own special relationship with their bodies, no matter what they look like.

"Every single person has a relationship with their body and their health,' Fahey said. "My story is just one. I like thinking of my body as a platform to spark opinions and conversations. Talking about your own body image and health is difficult, but that's because most people don't discuss it. It's uncomfortable and a taboo subject, but it shouldn't be because our body is an essential part of our identity. I hope people see my work and are inspired to talk to others about their own bodies and experiences too."