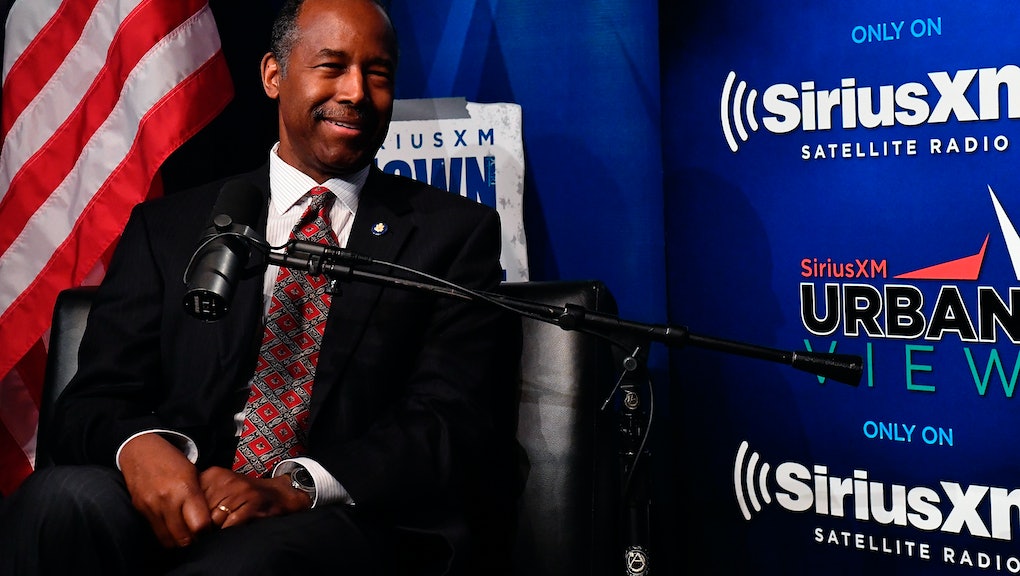 Ben Carson says poverty is a "state of mind"

Secretary of Housing and Urban Development Ben Carson said that poverty is a "state of mind" in an interview that will air Wednesday on SiriusXM Radio.

"I think poverty to a large extent is also a state of mind," Carson said in an interview with Armstrong Williams, Carson's longtime friend, according to the Washington Post. "You take somebody that has the right mindset, you can take everything from them and put them on the street and I guarantee in a little while they'll be right back up there."

Carson continued that impoverished people "with the wrong mindset" will fail.

"You take somebody with the wrong mindset, you can give them everything in the world, they'll work their way right back down to the bottom," Carson said.

As HUD secretary, Carson is tasked with helping create affordable housing for low-income and impoverished Americans.

Carson himself came from an impoverished background to become a renowned neurosurgeon. And while his family benefited from public assistance, such as food stamps, he's made comments in the past condemning the mindset of poor people in America.

"By the time I was a young attending neurosurgeon, I was really struck by the number of indigent people I saw coming in who were on public assistance and who were not working," Carson said in a 2015 interview with the Washington Post. "They were able-bodied people, and they were not working. I thought, 'This is out of whack.'"

The full interview in which Carson calls poverty a "mindset" will air on SiriusXM Wednesday night, the Washington Post reported.