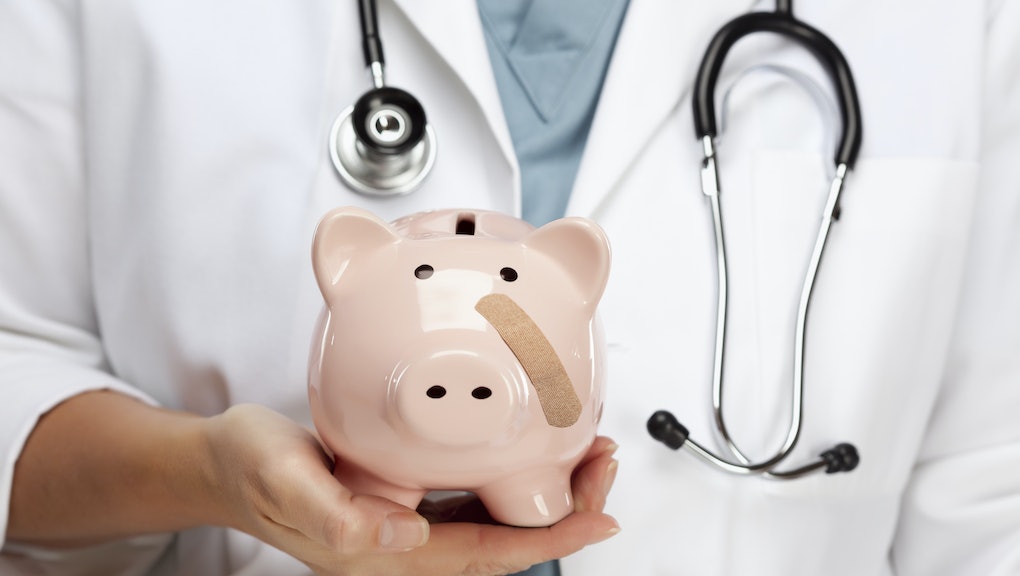 Weeks after House Republicans quickly pushed through a vote on the American Health Care Act, we finally got an analysis from the Congressional Budget Office Wednesday about what the bill will actually do. The numbers are pretty bleak.

In the short-term? Premiums are projected to rise sharply in 2018 — by an average of 20% — for anyone buying their own insurance, compared with how much people would pay under current law. And even those with insurance through their employers could also start seeing increases in out-of-pocket costs because of how changes to annual and life-time caps on certain "essential" benefits might affect the larger health insurance market.

By 2026 average costs for individuals buying insurance will start to go down, but that's largely because the plans people receive will cover far fewer medical issues, the CBO writes: "Overall, average premiums in the nongroup market would be roughly 20 percent lower in 2026 than under current law, primarily because, on average, insurance policies would provide fewer benefits."

Even then, premiums and out-of-pocket costs could increase prohibitively for older Americans and low-income Americans, beyond 2026.

Additionally, if you are a person with pre-existing conditions and you don't get health insurance through an employer, the CBO suggests the AHCA could strip protections away from you in certain U.S. states.

Under the current Affordable Care Act, there are regulations that control costs for people with pre-existing conditions. But under the AHCA, waivers would allow states to opt out of those cost controls. The new CBO report predicts that several states would use these waivers.

Insurers in those states would then be allowed to charge higher premiums to people with pre-existing conditions — which could include common ailments like asthma or scoliosis.

According to the CBO, "Over time, it would become more difficult for less healthy people (including people with pre-existing medical conditions) in those states to purchase insurance because their premiums would continue to increase rapidly."

Others could be affected, too. Self-employed mothers with maternity care costs and people in need of mental heath care, for example, could end up paying more — "thousands of dollars" more a month, per the CBO — or have to forgo care altogether.

The CBO estimates that about 17% of people will likely end up living in states that request a waiver — and therefore that will allow costs to rise for certain Americans. But even if you aren't a person living in one of these states or buying your own insurance you could be affected.

Some analyses suggest that insurers across the country could start putting caps on lifetime and annual care, meaning after a certain number of visits to the doctor you could have to pay the whole cost of your health care out of pocket. And millions of people currently on Medicaid will be affected by drastic changes to the program.

In short, this bill has something in it for everyone ... to worry about.