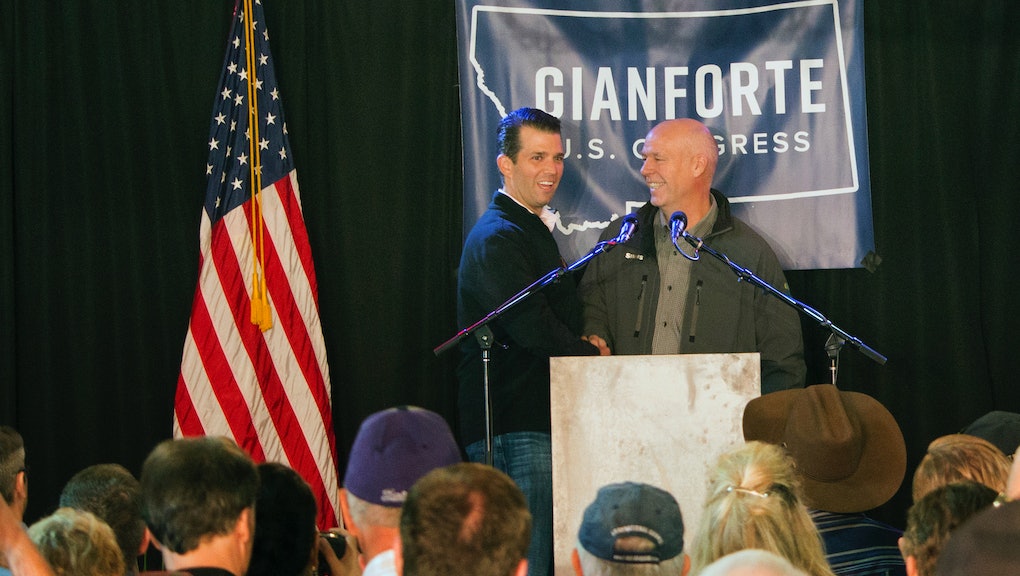 A heavily watched special election in Montana's at-large United States House of Representatives district was upended on the eve of the contest, after the Republican nominee, Greg Gianforte, allegedly body slammed a reporter who asked a question about the Republican health care bill.

Gianforte has been charged with assault over the incident, which has many wondering: How will it impact the outcome of the race?

1. Montana is a deep red state.

President Donald Trump won Montana by more than 20 points in 2016.

Since Montana only has one House seat that covers the entire state, that gives Gianforte a hefty advantage as the GOP nominee.

The last time a Democrat held this seat was in 1997.

2. More than half the state has already voted.

Montana allows voters to cast their ballot by mail — and many of them do.

In fact, experts say more than half — and possibly up to two-thirds — of the vote has already been cast. That means a large chunk of voters have cast ballots without taking the assault into account.

Still, Nate Cohn, the New York Times' election data guru, suggests the remaining third of the vote could swing the election. In a Wednesday night tweet, Cohn pointed out that those who vote early are generally the more entrenched partisans, who vote party line no matter what.

3. The alleged assault might not have enough time to sink in.

It's unclear, though, if those persuadable voters will have heard about the alleged assault before they cast their ballots. The incident happened the night before the election — hours before polls opened.

While the incident went viral on social media and in the press, it's unclear whether voters in rural parts of Montana will have heard enough about it to factor it into their decisions.

What the results mean

No matter the outcome of the election, the alleged assault Wednesday night complicates the building narrative of an anti-Trump wave sweeping the country.

Because of Gianforte's personal troubles, it will be harder to say that Trump was the overriding factor in the ultimate outcome.

"If Gianforte loses or wins narrowly, is it because of Trump or the assault? Doesn't last night's event complicate the post-election analysis if the Dems get very close or even flip it?" Stu Rothenberg, a non-partisan election analyst at Inside Elections, said in an interview.

Rothenberg added, however, that if Gianforte wins, "He and state voters will be a laughingstock" for electing someone who assaulted a reporter.

If Gianforte does win, the question becomes whether Speaker Paul Ryan will seat him as a member of Congress. Assaulting another person is, obviously, not common for sitting members of Congress — and Ryan could demand that Gianforte forgo his seat or else face disciplinary action, or even expulsion, from the House. The Constitution gives the House the power to expel fellow members, a move that requires a two-thirds vote.

In 2014, now-former Rep. Michael Grimm (R-N.Y.) threatened to harm a reporter, saying he wanted to throw him off a balcony in the Capitol.

Grimm wasn't expelled from the House for that threat, but he eventually resigned about a year later, after her was indicted and pled guilty to tax evasion.