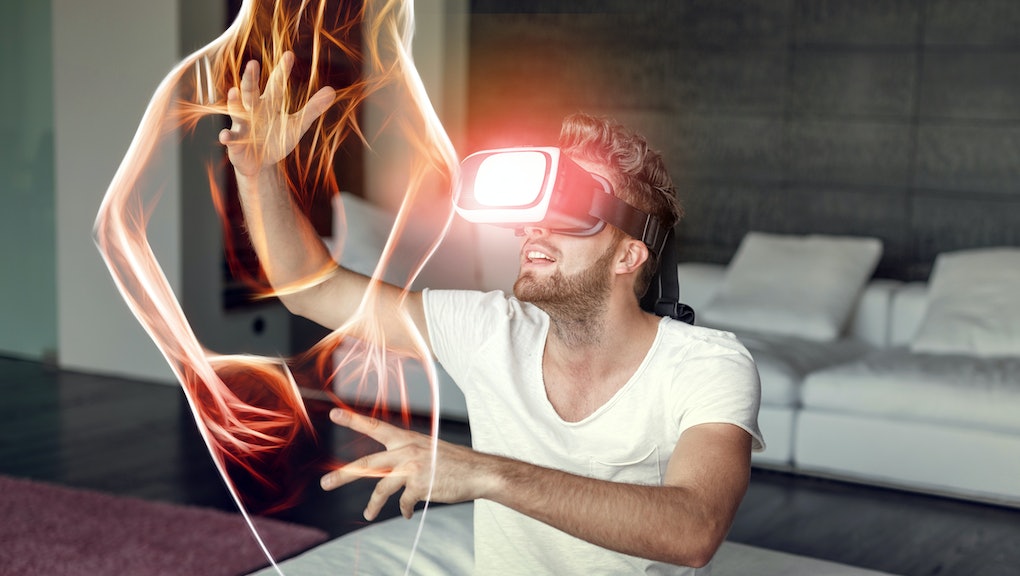 Exploiting women is going to be really easy in virtual reality

In the future, circumventing consent will just require access to the right technology. We have already caught a more tangible glimpse of that in the growing market for sex robots that are getting more humanlike and "smarter." But with virtual reality, users aren't confined to the mechanics (and uncanny valley) that comes with a heap of silicone and metal — they have the ability to create a lifelike avatar of anyone they please.

A new study from researchers at Newcastle University — titled "They're Just Tixel Pits, Man": Disputing the 'Reality' of Virtual Reality Pornography through the Story Completion Method — explores the ideal storyline for a man's first pornographic experience in virtual reality. The researchers analyzed 45 participants.

"We explicitly targeted online writing communities, such as fan fiction forums, a number of Reddit forums and advertised widely on social media," the researchers noted.

They then asked participants to spend about 10 minutes answering the question "What happens next?”

The two main themes the researchers deduced from the resulting narratives were creating the "perfect" experience and also creating an experience too perfect in that it borders on precarious. According to the study, the stories ranged from three words ("a power outage") to over 1,000 words.

What is most unsettling about a number of the narratives in the study is an apparent desire to create a dream person — which might be designed in someone else's likeness, without their consent — and to do whatever they please to this person. A few examples:

"She has beautiful, plump lips. She is everything Jack could of imagined in the 'perfect woman'.""Jack reached out and attempted to pull at the strings of the woman's teddy. The stimulation (sic) knew what he wanted, and the string pulled away from the teddy and the knot came undone. Jack put his hands on the virtual shoulders of his fantasy wife and pushed the garment back to reveal her breasts.""'What is your name?' He asks. 'I'm Helen.' A most appropriate name for the most perfect woman he's ever seen. 'And I'm yours.' The moment Helen uttered the word 'yours' Jack knew he was in life and would do whatever it took to spend as much time as possible with her. She was his, and he could do to her everything he had ever dreamed.""He is a traditional male so he wants to see two women having sex. But he has seen that so many times on Boobtube that he quickly becomes bored so he adjusts the settings so he can start spanking them and making them squee with delight.""Jack has every intention of uploading his girlfriend's model, some day. Using any other would feel like cheating. But, that's not ready yet. And, well, he does need to test it out before putting all that work into it, right?""He grabs her by the throat and slaps her delicate face. 'Now hold on bitch! I have nothing on but my socks and baseball cap and I expect you to strip down to your socks too!'"

According to the study, 24 participants identified as male, 18 as female and 3 as other. Of the total participants, 30 identified as heterosexual, 36 as white and 38 as non-disabled. 26 participants said they were non-users of VR, 14 were semi-regular users, one was a regular user and two did not respond to that particular question.

Since it was a small pool of participants, one can't make any sweeping conclusions — but the results do indicate certain types of future scenarios people might want out of their pornographic virtual reality experiences.

"I think we know enough about human psychology that if you can get yourself to mistreat a very lifelike, human-like thing, then it's probably just good rehearsal to doing that to a real human," David Pizarro, an associate professor of psychology at Cornell University, said.