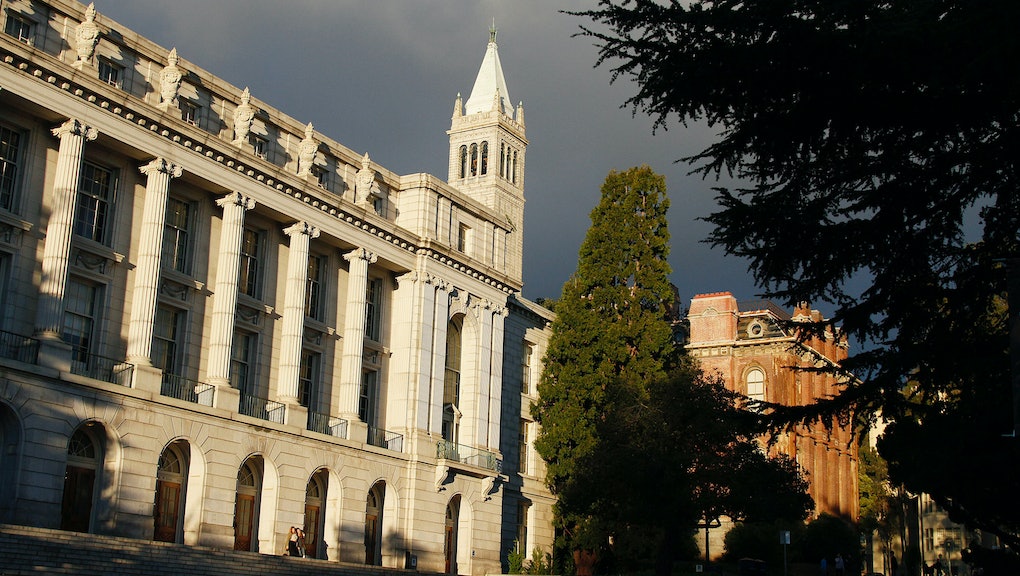 According to the Guardian, Kathleen Gutierrez, the first of two graduate students to accuse Wentworth of harassment, claimed he told her "I'm so attracted to you" and regaled her with tales of doing drugs off of a stripper. The other student, Erin Bennett, said Wentworth encouraged her to take an independent study with him in Tamil by insisting learning the language was "better than sex." Bennett said Wentworth made other inappropriate comments toward her and touched her hand and shoulders.

After Gutierrez and Bennett came forward with these accusations, at least six other students leveled similar allegations against Wentworth and filed formal complaints with the university.

But while a judiciary hearing later that year determined Wentworth was guilty of harassing four female students, he remained employed at the university up until Wednesday, when Berkeley finally dismissed him — nearly two years later.

"These actions are part of the university's continuing effort to eradicate sexual misconduct from our campus," the university wrote in a statement reported on by the Guardian. "The harassment of students by faculty represents an unacceptable breach of the teacher-student relationship and carries the potential for enormous harm."

Indeed, Wentworth remains one of the few professors in the UC system who has been fired following allegations of harassment or assault. That most UC professors might sooner expect temporary leaves or voluntary resignations before a firing suggests a troubling pattern across UC's nine campuses.

Last month, UC Berkeley opted to give law dean Sujit Choudhry — who allegedly sexually harassed a fellow colleague — a sabbatical in lieu of a pink slip. His "voluntary" resignation is due in 2018. And in January, University of California, Los Angeles history professor Gabriel Piterberg returned to campus after being accused of allegedly sticking his tongue into the mouths of two female students in 2015.

"He's a tenured professor," Sophia Arim, co-director of UCLA's consent coalition, told Mic at the time. "I don't know what the nitty-gritty details are of removing a tenured professor, but there should be a policy that says you will be fired if you commit sexual assault."

These incidents are hardly isolated. A March report from UCLA found that 25 of the university's employees had been accused of some form of harassment or assault between 2013 and 2016. Included in the report's findings were that one former dean had accumulated a total of 26 harassment allegations before finally resigning in 2014.

In April 2016, the Guardian also obtained a document detailing the harassment cases against 19 UC Berkeley employees. According to the outlet, the documents revealed that professors largely avoided any kind of punishment from the university. Those faculty members who had been dismissed for their alleged misconduct had been staff members at UC Berkeley rather than tenured professors.

These steps include forming a task force to address sexual violence across UC campuses, creating a system-wide Title IX coordinator position and implementing a "two-team response model" at universities, which involves one team focusing on case management and another focusing on "policies, prevention and intervention."

However, at least in Wentworth's case, it's not all too clear the university system's attempts to address campus sexual harassment are proving effective.

Wentworth's tenured colleagues in the south and southeast Asian studies department penned a letter in March 2016 calling out UC Berkeley for drawing out its investigation of Wentworth.