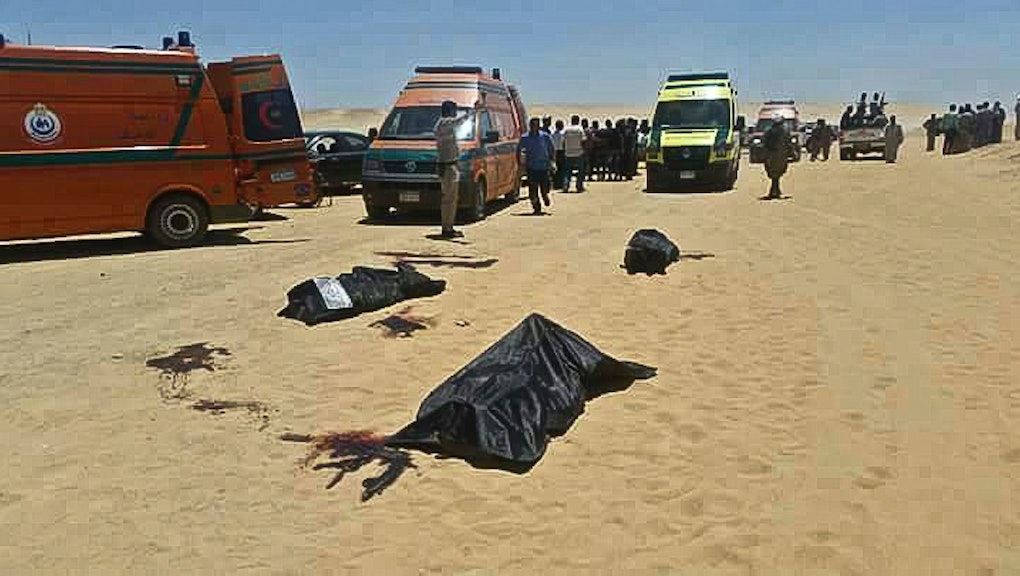 An attack on a bus carrying Coptic Christians in Egypt on Friday killed 28 and wounded at least 27 others, NBC News reported.

The bus was en route to the St. Samuel Monastery in Egypt's central Minya province when eyewitnesses say 10 masked gunmen, some of whom wore military uniforms, opened fire from three SUVs with assault rifles, according to CBS News. Some reportedly entered the bus and kept shooting.

The victims included men, women and children, Health Ministry spokesman Khaled Mugahed said, according to CNN. CBS News reports that only three children have apparently survived the attack. Some of the wounded are reportedly in critical condition.

Officials have labeled the shooting a terrorist attack, according to CNN.

No one has claimed responsibility for the attack, but a number of recent attacks on Egypt's Christian minority have been claimed by the Islamic State group.

At least 44 were killed in two suicide bombings of churches in Egypt on April 9, according to the Washington Post. In December, 25 were killed in a bombing at the country's main Coptic cathedral in Cairo. The Islamic State claimed responsibility for those attacks.

The country has been under a state of emergency since the April attacks, according to CNN.

The violence directed at the country's Christians, who make up about 10% of the population, is the "worst it has ever been," experts told NBC News.

Pope Francis visited Egypt in April in support of Christians in the country, where he said that "no act of violence can be perpetrated in the name of God, for it would profane his name."

According to CBS News, the governor of Minya says that a manhunt is underway to capture the assailants in Friday's attack.