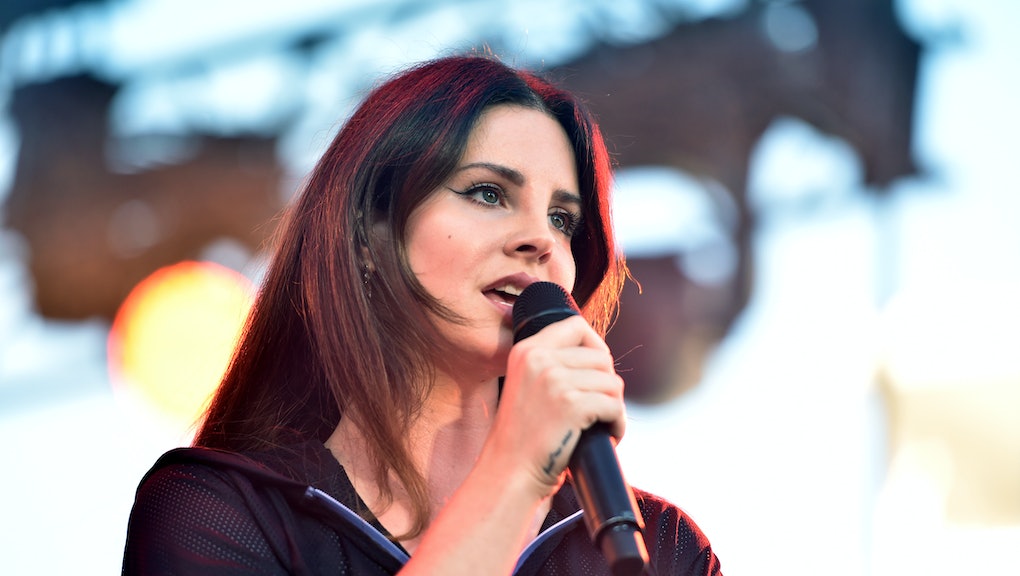 There have been rumors swirling around Twitter that Lana Del Rey's new album, Lust for Life, was to be released Friday. However, the singer debunked the speculation by tweeting Thursday night that the new record is actually arriving July 21:

Del Rey has been slowly rolling out new material in preparation for Lust for Life's release. On Monday, Del Rey released a new visual for the title track, which features the Weeknd. In the video for "Lust for Life," the singer climbs to the top of a fictional Hollywood sign, where she meets the Canadian crooner. There, Del Rey and the Weeknd trade flirty lyrics.

Earlier in May, Del Rey dropped her dreamy ode to music festivals, "Coachella - Woodstock in My Mind." In February, she put out the haunting "Love," a song about the pleasures of young, care-free romance. Fans are still awaiting an official track list confirming the songs will appear on Lust for Life.

In March, Del Rey revealed in a promo video for her next album that her new music will deliver hope in these "dark times" — her current stance on the present political and social state of our society.