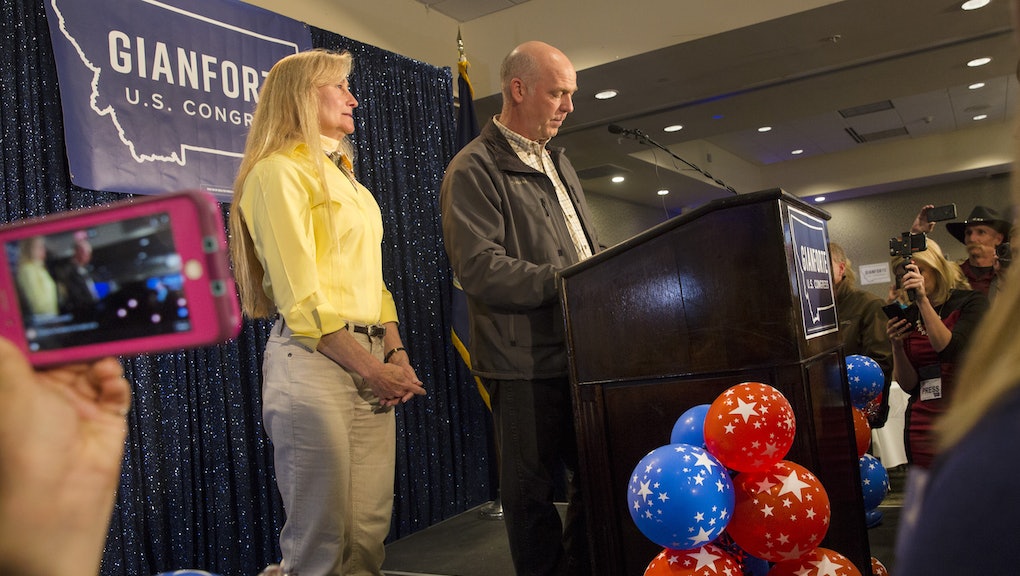 After Guardian correspondent Ben Jacobs was allegedly body-slammed by Montana Republican candidate Greg Gianforte on May 24 for attempting to secure a private interview, Fox News correspondents were quick to condemn the journalist's "ambush tactics" on-air.

"This guy was not a reporter looking for a fair story, he was obviously doing a takedown on him," one Fox contributor said during the May 25 segment. "This guy's got his back up, he got a little bit of Montana justice."

But as some members of the media were quick to point out, Fox News is no stranger to so-called "ambush tactics": It employs Watters, who frequently appeared on the recently cancelled O'Reilly Factor to corner pedestrians, spring breakers and passerby in surprise interviews.

Twitter users were quick to sound off on the hypocrisy.

As New York Times reporter Farhad Manjoo tweeted, no eyewitness testimony from the evening of the alleged assault supports the idea that Jacobs behaved in an aggressive manner that would have remotely warranted being body-slammed by a politician.

In fact, a crew of Fox News reporters that witnessed the altercation provided the primary corroboration of Jacobs' version of events on the night they occurred.

"Gianforte grabbed Jacobs by the neck with both hands and slammed him into the ground behind him," Fox News' Alicia Acuna wrote following Wednesday's violence. "[We] watched in disbelief as Gianforte then began punching the man, as he moved on top the reporter and began yelling something to the effect of 'I'm sick and tired of this!'"