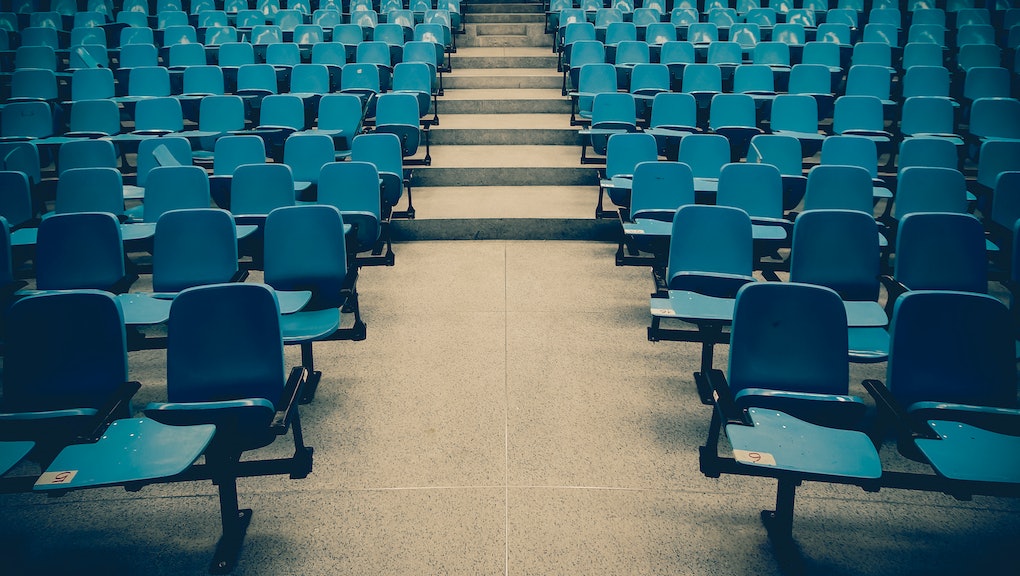 A female student filed a lawsuit against Union County College, alleging her professor failed her for being a Muslim.

The lawsuit said Sahna ElBanna took a business course taught by Toby Grodner in spring 2016, where the professor often made disparaging remarks about Muslims. Grodner allegedly stated that all Muslims were terrorists, the Associated Press reported. ElBanna never reported Grodner for those comments and ultimately earned a B-plus in the class.

The following fall semester, ElBanna had to register into another one of Grodner's classes, Principles of Marketing, in order to graduate. Throughout the semester, Grodner allegedly made numerous anti-Muslim comments. When ElBanna asked Grodner to stop the xenophobic comments, the professor became defensive and retaliated with invasive questions about the student's Muslim beliefs, according to the AP.

"Doesn't your religion believe men are superior to women?" Grodner asked ElBanna, according to the lawsuit. "Do you even pray five times a day?"

Union County College spokesman Bernard Lenihan told the Associated Press the college is currently investigating a complaint ElBanna filed against Grodner. He also declined to comment on the pending lawsuit.

ElBanna — who passed every single one of her other classes — might have her graduation delayed due to her fall course with Grodner. She would also have to pay to retake the course.

Grodner did not respond to Mic's request for comment.