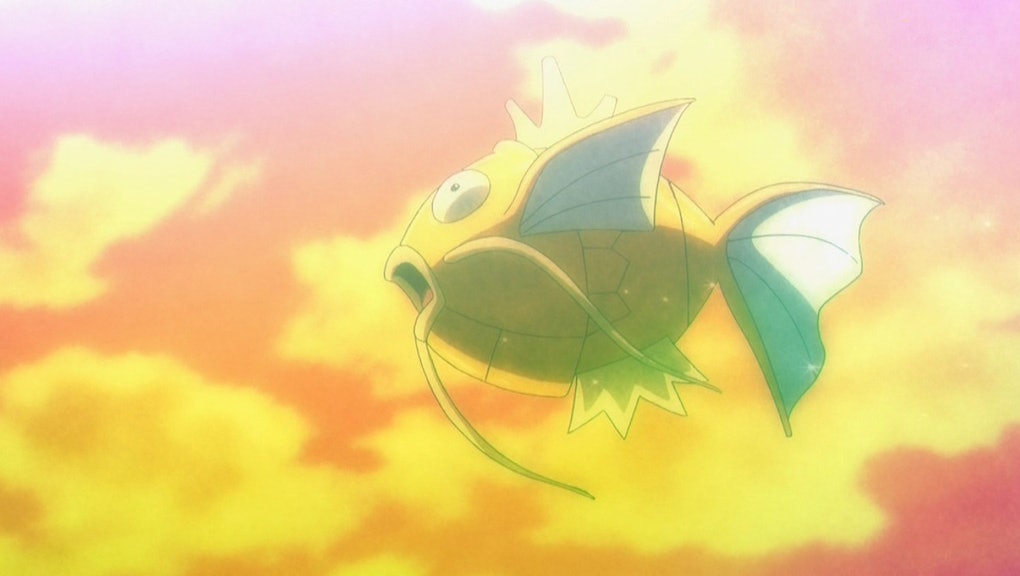 'Magikarp Jump' Guide and Tips: How to be the very best... Magikarp trainer

If you're looking to make the most out of your 'karps in Magikarp Jump, we've got a guide with some tips and tricks you can use to be the very best — at one extremely specific thing.

Magikarp Jump is a new mobile game from the Pokémon Company that finally gives Pokémon players the inside look into the lurid world of competitive Magikarp jumping that we've always wanted to see. To that effect, Magikarp Jump tasks you with building up your Magikarps' jump points by training them and feeding them before making them go head-to-head in jump competitions and eventually retiring them when they can't jump any longer. Also there's a chance if your Magikarp jumps too high it'll get eaten by a bird.

As your Magikarp swims around its pond, every so often you'll find PokéBalls floating in there. Open them up and you'll receive coins for your trouble, which you can spend on upgrades to the berries you feed your Magikarp and the training it can do. It's probably worth it to upgrade your Oran Berries first, since they're the most common type you'll find floating in your pond. The more you upgrade those Oran Berries, the faster your Magikarp can sweep the competitive circuit.

Unlike training, feeding your Magikarp doesn't cost you anything but time, so it's worth it to devote a lot of your early game coins to the benefit you're getting for free. You'll get more jump points from training, but you can only perform that three times before you have to wait 30 minutes or drink a training soda (which costs diamonds) to train again.

Like we said above, you only get three training points until you have to restore them with a training soda or wait out the timer. Additionally, your JP gains from training are randomized each time you do it, so it pays to work smarter, and not harder. Every Magikarp you train up after your first one will have something called an "Individual Bonus" which makes it better at certain things.

Currently, my second generation Magikarp, Dean Flop, has an individual bonus that increases his JP earned from training by 92% — it's a great way to ensure that even a bad showing at the gym doesn't mean wasted time. Even if you get a Magikarp with a lackluster individual bonus, you can always reroll them by paying 10 diamonds. Just keep in mind that there's no guarantee the Magikarp you replace it with will be any better.

During your time playing Magikarp Jump, you'll also earn achievements for things like training your Magikarp, winning battles and letting it eat to its heart's content. What you may not know is that these achievements are worth coins and diamonds.

If you go to the "menu" tab while your Magikarp is swimming around in the pond you can check out the achievements tab, which will list everything you've done on your quest to become the world's best Magikarp trainer. If you click "get reward" you'll be rewarded with coins and diamonds just for playing the game. You could be sitting on a whole mountain of virtual wealth and you don't even know it.

Magikarp Jump guide and tips: Get your 'karp to the max level before trying league play

Things in Magikarp Jump can take a while to get rolling. In the interest of saving yourself some time in the long run, we recommend making sure your Magikarp is at the maximum level it can be before you try to compete in the jump competitions. If you make your Magikarp as strong as possible before going into the ring, you'll minimize the amount of time you spend going back and forth between the pond screen and the battle screen, which is not inconsiderable.

And that's about it. Follow these tips and find out what works for you. Just watch out for Pidgeotto, who can snatch your Magikarp right out of the sky and put an end to even the most promising career.