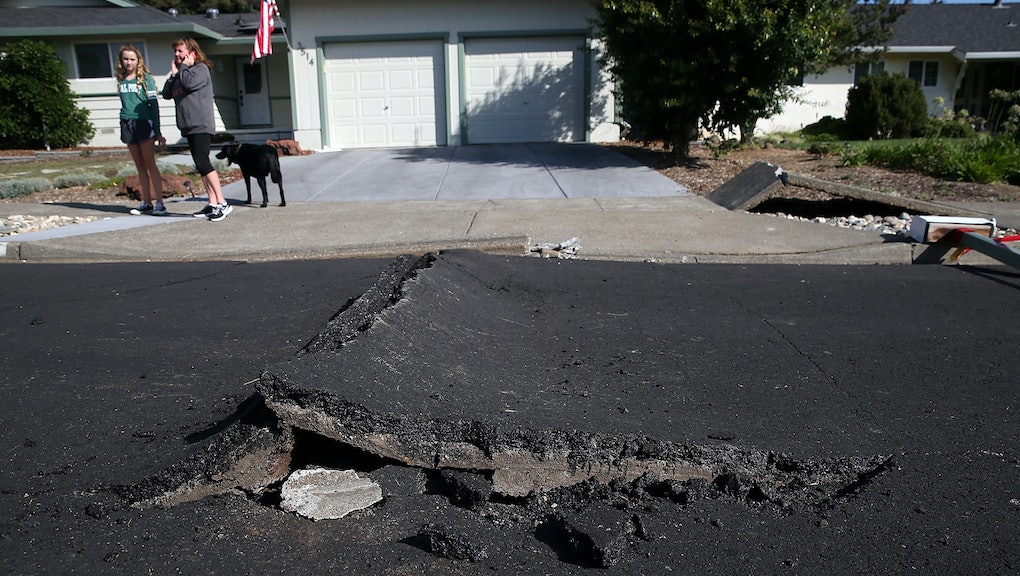 Should Donald Trump's 2018 budget pass, federal funding for a proposed early earthquake warning system will disappear, killing the project faster than you can say "seismograph."

According to the proposed budget, the ShakeAlert early warning system will not receive the $8.2 million in funding it needs to be implemented. The Los Angeles Times reports that the system would have warned people of an upcoming quake seconds or minutes before the earth began to tremble.

The program needs more seismic sensors installed along the West and Pacific Northwest, as well as a staff of about 40 or 50 to monitor them.

Since Trump's January inauguration, the interior department has frozen hiring and has not filled several roles necessary to the alert system.

"There are people we've identified and interviewed and we'd like to hire them as soon as we have permission," John Vidale, director of the Pacific Northwest Seismic Network and a seismology professor at the University of Washington, told the Times. Without this funding, scientists who already have jobs may face losing them.

According to Bill Leith, the U.S. geological survey acting associate director for natural hazards, the budget focused on services already offered rather than new services, the Times reports.

Some scientists have already come out against the plan, which purports to save money, but may waste money already spent.

"Eliminating the $10 million a year that the government has been spending would stop the program and waste the $23 million that has already been invested," Lucy Jones, a seismologist, said in an email to the Times.

Members of Congress who have championed the system take umbrage with the budget.

"We cannot stop now, just as monitoring stations are being built out and the system is expanding its reach," U.S. Rep. Adam Schiff (D-Burbank) said in a statement to the Times. "Support for the early warning system in Congress is sustained, growing and bipartisan."

Other nations, like Japan, are far ahead of the United States in terms of implementing early warning systems. The system interrupts TV broadcasts and cellphones to issue warnings, the Times reported.

Earthquakes are not the only thing to worry. A "crucial" network of buoys in the Pacific and Atlantic oceans may lose $12 million in funding, as well. The network senses tsunamis, allowing for officials to warn Americans of the impending event.