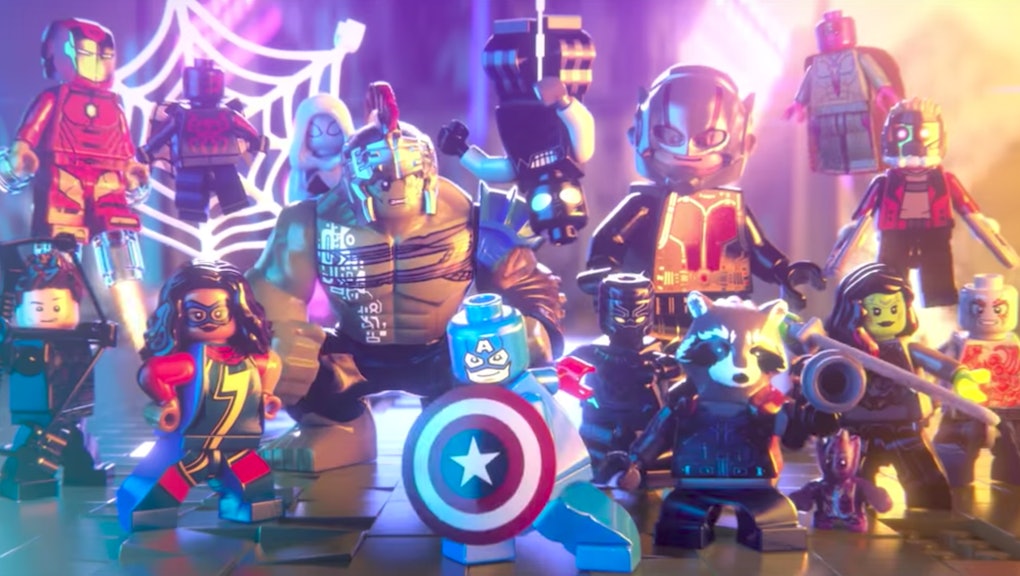 The full-length trailer for Lego Marvel Super Heroes 2 — releasing Nov. 14 for PS4, Xbox One, Nintendo Switch and PC — is here. In addition to unveiling the release date, the trailer also revealed a good chunk of the game's final character roster.

And, for those of you who are fans of Marvel comics, this game looks like it will also feature Spider-Gwen and Kamala Khan, Marvel's first female Muslim-American hero.

It remains to be seen whether Lego Marvel Super Heroes 2 will be able to recapture the magic of its predecessor, or if it'll be doomed for a repeat of the more tepid critical feedback of Lego Marvel's Avengers.

Either way, we'll be keeping our eye out for more information on Lego Marvel Super Heroes 2 as that Nov. 14 release date draws near.