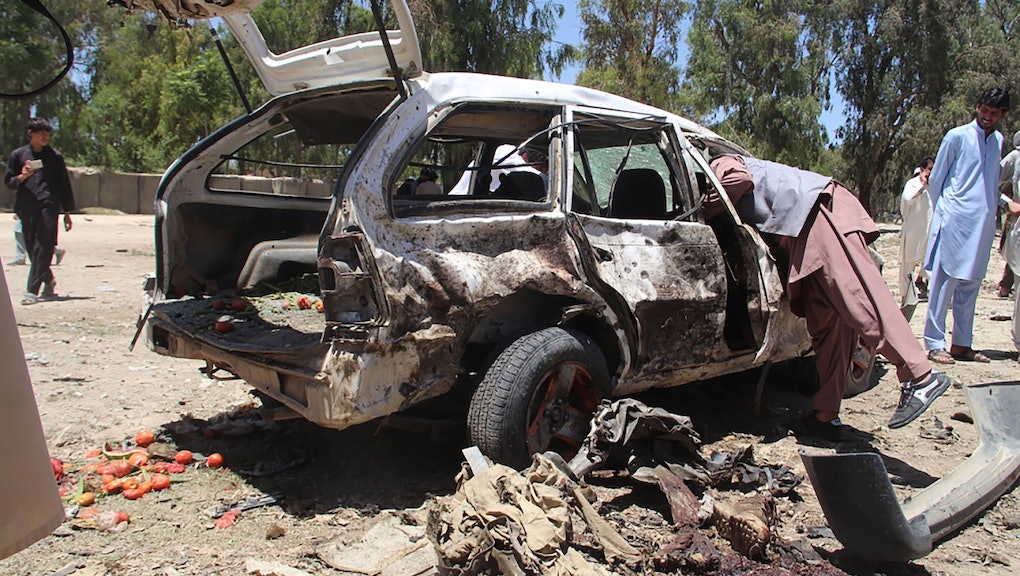 A suicide car bomber has killed at least 18 people on Saturday in Afghanistan's eastern Khost province on the first day of Ramadan, according to reports.

The bombing was targeted at Afghan and United States security forces, according to officials, but most of the victims were apparently civilians.

The Taliban claimed responsibility for the attack. The terrorist organization had announced a day earlier that it would be stepping up attacks during Ramadan, the Muslim holy month.

The attack occurred near a bus station and stadium. According to the Associated Press, it wounded six civilians, including two children. Some of the wounded were reportedly in critical condition.

Taliban spokesman Zabiullah Mujahid said in a statement that the group planned the attack months ago, the New York Times reported.

Gen. Faizullah Ghairat, the police chief of Khost Province, described to the Times a grisly scene at the attack. The dead were in "unrecognizable condition" and "bodies cut into pieces were scattered around."