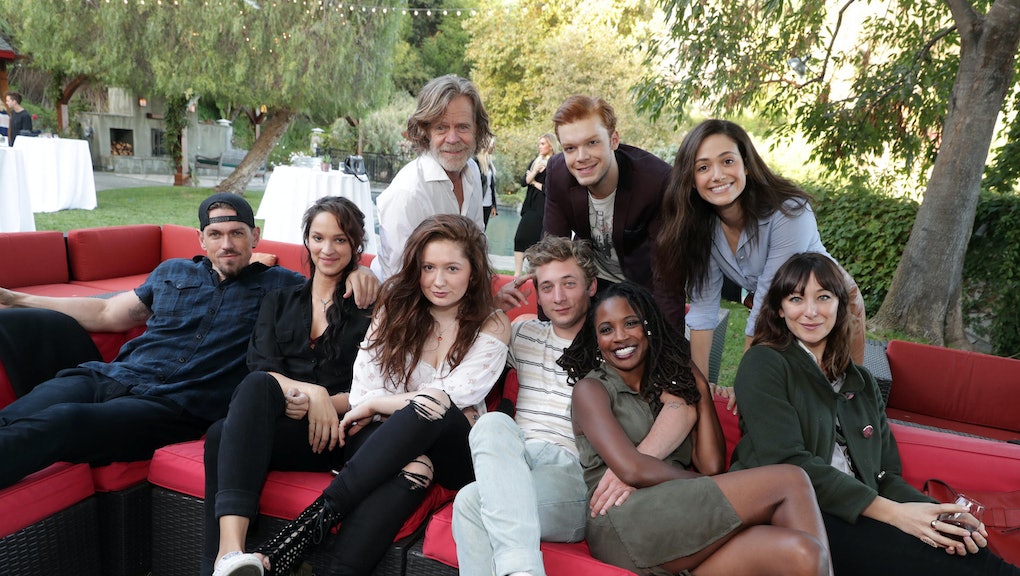 Rossum and Esmail met while working on the 2014 movie Comet — which Esmail directed and Rossum starred in — and got engaged in August 2015. According to E!, the couple got married at East 55th Street Conservative Synagogue in New York City on Sunday. A handful of Rossum's Shameless co-stars were there to witness the nuptials.

Shanola Hampton, who plays Veronica on the Showtime series, captured a lot of the big night for Instagram. Her Shameless co-stars William H. Macy, Isidora Goreshter and Jeremy Allen White can be seen in some of the pictures as well.

In addition to the Shameless cast, the wedding was a star-studded affair. People reports that Robert Downey Jr., Rami Malek, Christian Slater and Hilary Swank were all in attendance.

According to Rossum, the wedding was really just about the party. The dress, designed by Carolina Herrera, wasn't as important as celebrating with her friends and family, she told E! in February.