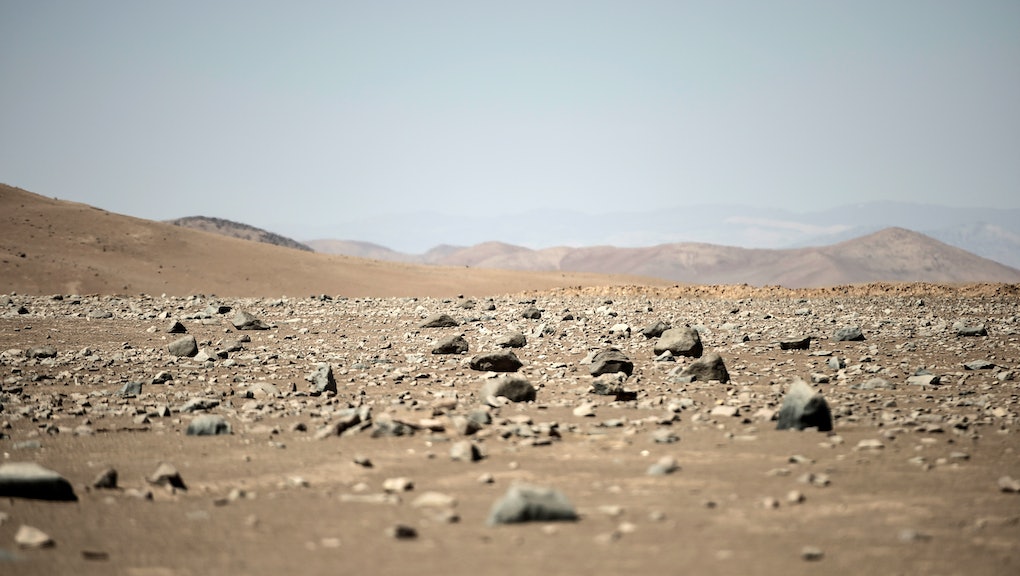 You can't just use a run-of-the-mill telescope to find aliens. Even the sophisticated ones that lead to the discovery of new planets and moons are ineffective at gathering evidence of extraterrestrial life. That's why the European Southern Observatory is creating a unique “super telescope” to lead the hunt for alien life.

Called the Extremely Large Telescope, or ELT, the instrument is five times larger than the best devices used today. Once created, it will be the world's largest optical and near-infrared telescope, boasting a main mirror measuring 128 feet wide and placed in a rotating dome that is 279 feet in diameter. It is also going to be an adaptive telescope — it will feature adaptive mirrors that will "compensate for the fuzziness in the stellar images introduced by atmospheric turbulence," according to the ESO.

Simply put, the ELT will be a powerful device. The ESO shared the following on its website:

Building the massive telescope will take seven years — it is slated to be up and running by 2024. The instrument will be located in the middle of the Atacama Desert in northern Chile, on the summit of the 9,993-foot-high Cerro Armazones mountain. This location is key, as the dry, cloudless atmosphere and low light pollution in this region provide ideal observing conditions. The land was donated by the government of Chile.

The telescope can do lots of different things: It will look for signs of life on Earth-like exoplanets, discover planets around other stars in the "habitable zone," study dark energy and dark matter, investigate supermassive black holes and even explore our origins with regards to planet formation and evolution. The scientists also anticipate the instrument's discoveries will raise questions we haven't even thought to ask yet.

"The ELT will answer fundamental questions regarding planet formation and evolution and will bring us one step closer to answering the question: are we alone?" the ESO wrote on its website.

Construction for the instrument and the hemispherical dome that will house it began last week, marked by a ceremony in Chile.

"With the symbolic start of this construction work, we are building more than a telescope here: It is one of the greatest expressions of scientific and technological capabilities and of the extraordinary potential of international cooperation," President of the Republic of Chile Michelle Bachelet Jeria said in a statement.