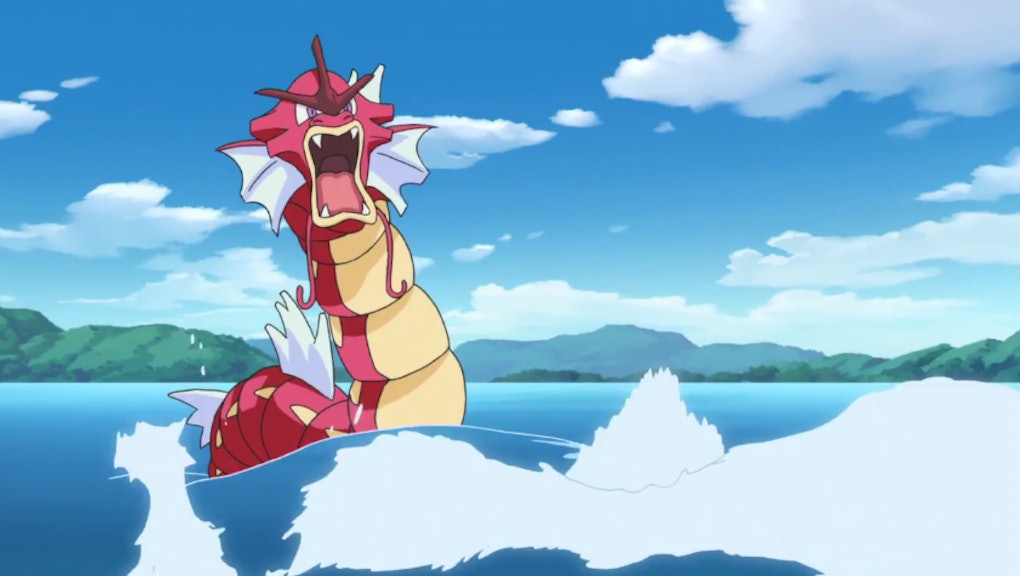 'Magikarp Jump' Red Gyarados: How to get the shiny dragon Pokémon in the new mobile game

Wondering how to get a shiny red Gyarados in Magikarp Jump? Here's what to do if you manage to catch a gold Magikarp and want to evolve it.

Magikarp Jump is a game about reclaiming a town's lost glory as the Magikarp Jumping capital of the world. You use a fishing rod to catch Magikarp, and then feed them berries and train them until their jump points are high enough to beat all challengers on the competitive Magikarp Jump circuit.

It's incredibly rare to do so, but you can catch a shiny Magikarp in the game. Since there's a way to transform your flopping friend in a furious friend by breaking its everstone and evolving it into a Gyarados, people have been wondering if doing that on a shiny Pokémon will have any effect.

Magikarp Jump Red Gyarados: How to evolve your shiny Magikarp

So let's assume you've managed to net yourself a shiny golden Magikarp with one of Roddy Tackle's old rods. If you're dead-set on wasting a golden opportunity like this, you'll need to tap your Magikarp enough times on the pond screen to break its everstone and then raise it to at least level 20 — or to the next level if it's already level 20 or above.

Do this and your Magikarp will evolve, giving you a scene in which your trainer is walking sheepishly beside a Red Gyarados as though you'd retired it normally. If this is the first time you've done this, you'll also unlock the "Adios, Gyarados!" achievement as well, which is good for 10 diamonds and counts towards your "Magikarp Forced To Retire" achievement. This means you won't get a 10% bonus to your next Magikarp, and Mayor Karp will have some gentle admonishment for you about not pushing your Magikarp too hard.

If, like us, you're loath to sacrifice a shiny Magikarp, you can check out a video of it happening below, provided by YouTube user Reyes Lim: