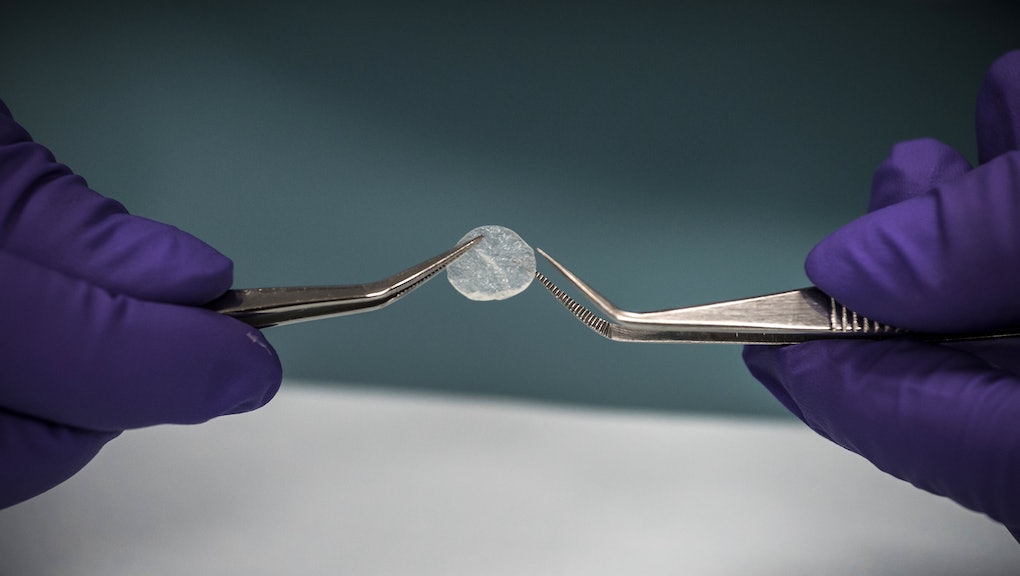 The cosmetics industry is notorious for testing products on animals. L'Oréal, which has discontinued animal testing unless it’s mandated by law, tests its ingredients and products on lab-made human skin that has become an industry in and of itself.

The French beauty giant’s dime-sized synthetic human skin product is called EpiSkin, CNBC reported, and the company acquired the technology in 1997. It makes the need to test ingredients on live animals in lab tests obsolete.

Animal testing is controversial — it is illegal in the European Union, Israel, India, Norway, Turkey, Australia, New Zealand and Taiwan — animal rights advocates oppose it while others maintain it is a crucial part of guaranteeing healthy products. As for consumers, a Gallup poll from 2015 found 67% of Americans to be “somewhat concerned” or “very concerned” by the use of animals in research and a Pew Research poll found around half of American adults were against using animals in research.

“They are a much better simulation of human skin than animals are,” Carol Treasure, whose company XCellR8 test products for various brands, told Wired.

For L'Oréal, which grows more than 100,000 human skin samples a year, it’s also an additional source of revenue, as the company sells its lab-produced tissue to other cosmetics, pharmaceutical, chemical and household products manufacturers.

L'Oréal isn’t the only company in the lab-made skin realm: Its biggest competitor is MatTek, which has been in the field since the 1980s. It’s product, EpiDerm, was launched in 1993 and the company makes about two adult humans worth of skin in petri dishes on a weekly basis. The company sources real human skin cells from surgical waste after cosmetic surgeries and circumcisions, and from tissue banks.

With lab grown human skin, consumers and advocates of all sides should seemingly be appeased: they can have their product testing and keep animals safe too.