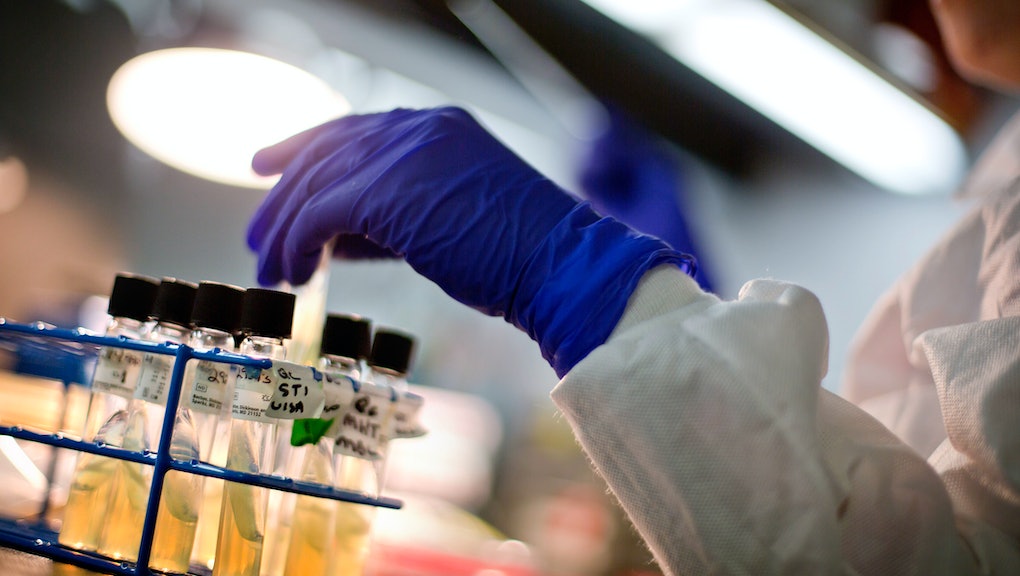 The rise of antibiotic resistant bacteria has scientists and health professionals concerned about what our future could look like if we could no longer rely on antibiotics to fight common infections. Now a new, super-powered antibiotic aims to fight rising resistance by attacking bacteria in new ways.

A team of scientists at the Scripps Research Institute in California announced Monday they had modified an antibiotic called vancomycin to make it exponentially more effective in fighting bacteria, according to a statement from TSRI.

Vancomycin has been around for 60 years and bacteria have only recently begun developing resistance to it, scientists said. But with three modifications to the drug, the researchers found they could give the drug "a 1,000-fold increase in activity," meaning that doctors would need to use less of it to treat infections.

This newly created version of vancomycin fights bacteria in three ways. "This increases the durability of this antibiotic," senior author Dale L. Boger said in a statement.

"Organisms just can’t simultaneously work to find a way around three independent mechanisms of action. Even if they found a solution to one of those, the organisms would still be killed by the other two."

This could prove key in fighting rising antibiotic resistance, a growing problem that experts have called "alarming." Marie-Paule Kieny of the World Health Organization spoke about the importance of developing new and better antibiotics to treat infections, the BBC reported in February.

"We are fast running out of treatment options," Kieny said. "If we leave it to market forces alone, the new antibiotics we most urgently need are not going to be developed in time."

The newly developed form of vancomycin could prove key in helping researchers understand how best to modify antibiotics to fight resistant bacteria — but it hasn't been tested on people or animals yet, and it's still years away from being approved for use on patients, the BBC reported Tuesday.

This research is still good news, however, even though the research is in early stages. "Antibiotics are total cures for bacterial infections," Boger said in a statement. "Making this molecule is important, even by the current approach, if the failure of antibiotics continues."