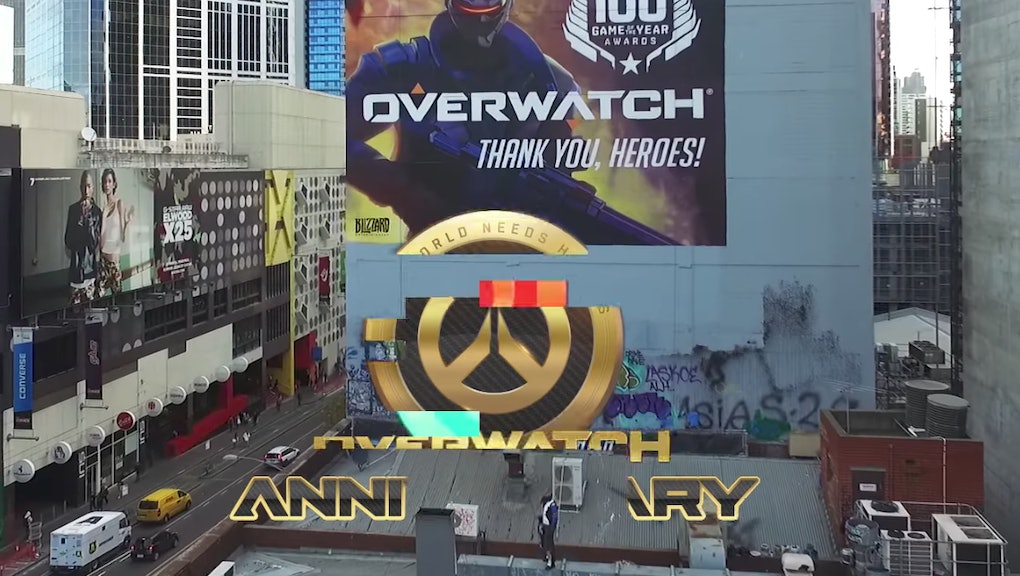 If Blizzard just teased a new 'Overwatch' ARG, I'm going to scream like a banshee

I have bad news: There's an itty-bitty, teeny-tiny chance Blizzard just released a clue for a new Overwatch alternate-reality game in one of its YouTube videos.

I don't want to be right, but check out the way the Overwatch logo appears at the end of this video showcasing a number of Overwatch Anniversary murals. I dare you to tell me something doesn't look a bit fishy:

In fact, the strange digital imperfections look suspiciously similar to those  hidden in Overwatch videos leading up to the reveal of Sombra. For example, here's one of the Sombra ARG clues that appeared at the end of the Ana developer update video:

And, given Blizzard seems to have just teased a new hero named Hammond, it's looking like we could be in for a brand-new ARG that'll reveal details about whatever's going down on the Horizon Lunar Colony. I'll leave it up to the folks over on /r/Overwatch to figure out what it means. It could be nothing.

God, I really hope it's nothing.