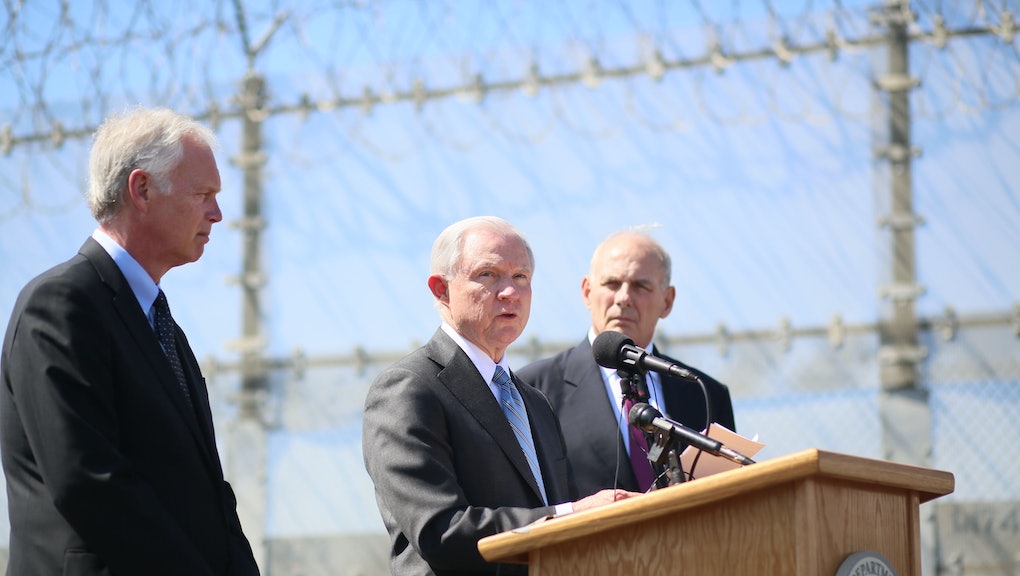 Jeff Sessions' anti-crime champion has one answer for our incarceration crisis: more jail.

Jails are overflowing, the costs are crippling, the incarcerated are kept in inhumane conditions and far too many people go without serious rehabilitation, only to end up back in jail again. It&#x27;s taken decades, but the consensus from researchers, law enforcement officials is that mass incarceration and the war on drugs is a failed project.

Not so, according to Steve Cook, the new head of Sessions' Task Force on Crime Reduction and Public Safety. Cook is a well known opponent of criminal justice reform, and is known for clinging to outdated beliefs about public safety. Namely: In his estimation, the only solution to crime is to put people in jail for as long as possible.

"This theory that we have embraced since the beginning of civilization is, when you put criminals in prison, crime goes down," Cook told the Associated Press in a recent interview. "It really is that simple."

Cook is one of the central authors of a new Justice Department push for stricter enforcement of drug crimes and mandatory minimum sentences — methods which have long been proven to fill jails, increase costs, force judges into sentences they may not believe necessary and, most importantly, divert resources away from more effective treatment programs that don't include jail.

"These are older modes of thinking that have been disproven by research studies," Aleks Kajstura, legal director at the Prison Policy Initiative, told Mic by phone on Tuesday. "The more play these myths get, the more it'll change the public perception of reality, and in the long run, that's not great for reforming a system supported by myths."

But Kajstura cautions against overstating the threat to progress posed by Trump's Department of Justice. Only 9% of the population is federal, and its up to states to protect the progress made by criminal justice reformers from sliding back.

Cook doesn't get what the fuss is about. In his estimation, mandatory minimums can pressure dealers to switch sides in law enforcement, and keep offenders locked up a long as possible.

"For me, it's like the world is turned upside down," Cook told the AP. "We now somehow see these drug traffickers as the victims. That's just bizarre to me."