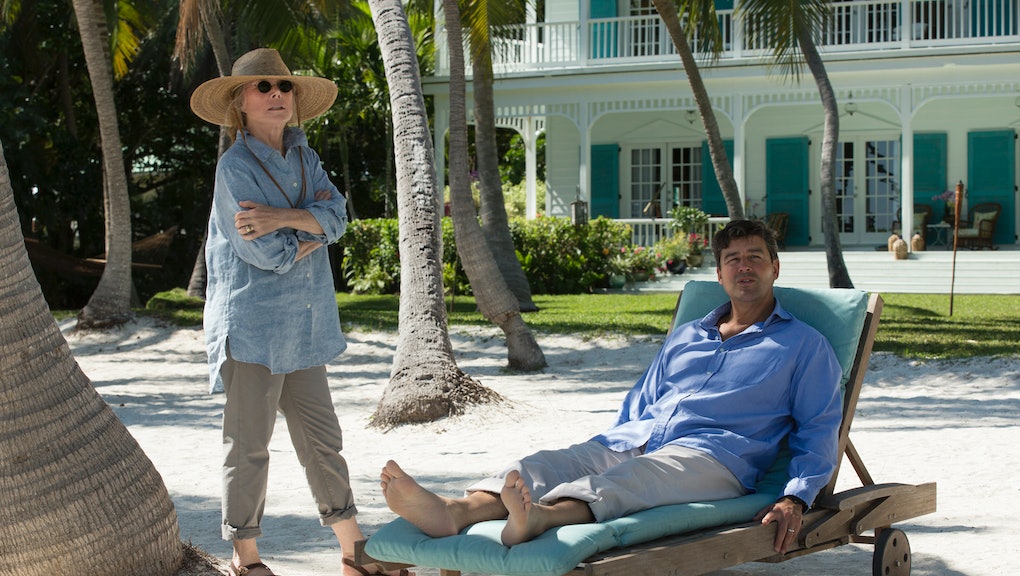 What happens in the 'Bloodline' finale? The season 3 ending explained

For those who didn't binge-watch the final season of Netflix's Bloodline over the holiday weekend, a lot went down in the balmy Keys. It may be hard to believe, but the creators somehow managed to stuff more crimes and deception into this season than the first two.

The Rayburns covered up yet another murder committed by one of their own and framed an innocent man, but somehow, John managed to come out the other side mostly scot-free. He may seem like the luckiest dude this side of Florida, but in actuality, he's cursed, because he never gets closure for the terrible things he's done.

Here's how the Bloodline series finale left him and the rest of the characters.

After John's near-drowning experience, he's determined to right the many wrongs he committed since the beginning. He starts by driving up to see Eric Bannon, who's serving time for Marco's murder, and tells him he plans to fix everything by admitting to the powers that be who's really at fault for it. Appropriately, Eric tells him to shove it, but that doesn't curb John's resolve.

He is, however, feeling understandably vulnerable, considering the weird fever dream he had in episode nine. So he goes to his doctor to find out if there's anything physically wrong with him. The doctor assures him he's healthy, but suggests he stop taking his blood pressure medication as it may be causing side effects.

He heads back home to find the ghost of his brother, Danny, talking to Beth Mackey, whom he alludes to being "part of the family" but doesn't explain what that means. Needless to say, any assurance John felt at the doctor's office evaporates quickly.

Meanwhile, Kevin continues to sink deeper into a world of crap. He's accosted in his car by one of the Cubans who tells him their leader, Nick, is really a Fed and they're all screwed. He then demands transport to Cuba and threatens the lives of Kevin and his family. Whelp, there goes Roy being the answer to all of Kevin's problems!

Back at Belle and Kevin's house, Belle wakes up in the middle of the night and finds Kevin sitting mostly naked in their garage, panicked and holding a gun. He thinks the only way to save his family is to kill himself, but Belle convinces him to go to John and make him fix the situation. Kevin reluctantly agrees.

Kevin goes to John and tells him everything about the Cubans, Roy and the DEA before asking him for help. John doesn't seem to have a solution, which  makes Kevin feel guilty just for asking.

John heads home to discover the house is packed up in boxes. Diana shows up and tells him she loves him but their marriage is over — she can't handle the sadness always emanating from the Rayburn clan. After she leaves, he sits and cries, finally hit by the weight of it all.

He attempts to save Kevin's life by going to a detective and asking what can be done in terms of offering Kevin immunity. When John brings up the idea to Kevin, however, Kevin shoots it down completely, because it would involve giving up Roy. When Kevin heads to the hospital to talk to Roy, however, he discovers Roy's died.

While all this is going down, Sally's trying to sell the inn so her grandkids can have some kind of monetary legacy. When she tells Ben and Jane, they're shocked and wary of the situation, especially because Sally hasn't told John.

When news reaches Sally about Roy's death, she throws herself into an alcoholic stupor. When Kevin and John come home, they postulate whether their mom had an affair with Roy and if that could explain her sadness. Sally, however, tells them she tried to sell the inn, but the sale fell through because the water's rising — the inn will be submerged in 10 years and is therefore worthless. She then goes into a tirade about how she knew from birth that her sons would be trouble. They leave her in her misery, lost in the turbulent memories of that house.

Nolan and the truth about Danny

Throughout the episode, John goes back and forth on whether he should tell Nolan he killed his father. On the other side of things, Nolan wants to know, and can't be free of the Rayburns' hold on him until he does.

The ghost of Danny often appears to John, coaxing him to come clean, which may ultimately undo the Rayburns' curse.

The escape and the confession

John goes to the detective and makes it seem like Kevin's going to take the deal. When the police go to his house, however, the family appears to have fled, and Kevin phones John to tell him they're starting a new life in Cuba. They go after his boat, but end up finding the Cuban guy who threatened Kevin earlier. It suddenly becomes clear John helped Kevin with a bait and switch, giving him a window to escape.

With that fix wrapped, John goes to Franco Aguirre and gives himself up, confessing to everything from Danny's murder to helping frame Eric Bannon for Marco's murder. Franco refuses to hear it, chalking the admittance up to post-traumatic stress. He then tells John he's taking a partnership with Mike Gallagher up in Boston, and casually mentions Belle forgot to turn off the GPS on her phone, so Kevin will be arrested imminently.

His plan to save his brother thwarted, John returns to the inn and is flooded by ghosts and memories. He sees Nolan out on the dock, and the ghost of Danny insists he tell him the truth. John heads out to Nolan, and the two face each other eye-to-eye. It looks like a confession is on John's lips, but the episode ends abruptly before he speaks, leaving audiences to wonder whether he was finally able to come clean.