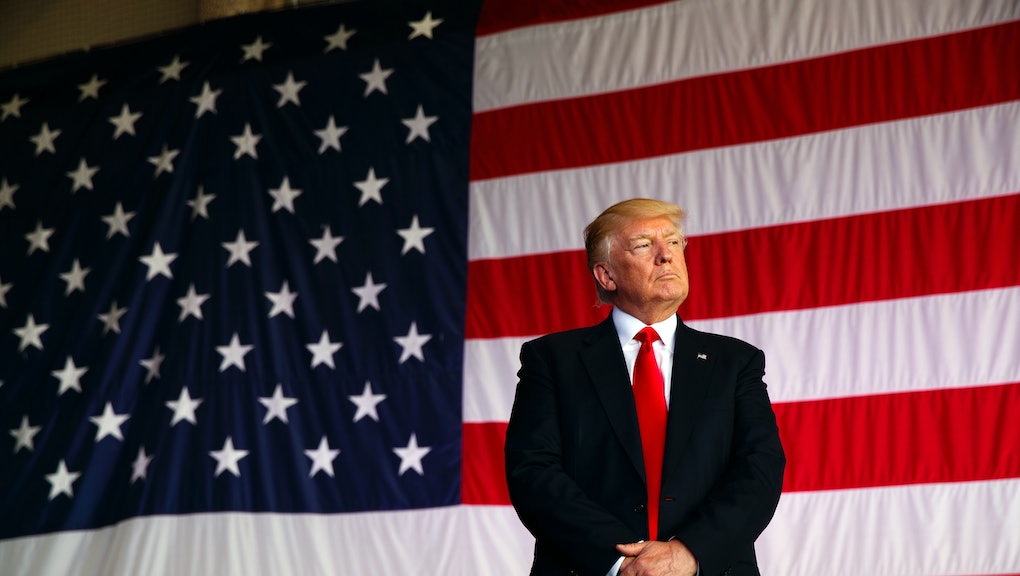 Does Donald Trump have a plan in Afghanistan?

More than 80 were killed and hundreds were wounded in a bombing in Kabul Wednesday, in what was reportedly one of the worst attacks on the Afghan capital since 2001.

The large-scale attack came days after a Taliban suicide bomber killed more than a dozen people in the eastern Khost province on the first day of Ramadan, and amid worsening conditions in the country — conditions that don't seem poised to improve soon as it enters its fighting season.

How is the Trump administration responding to the situation in Afghanistan?

It's not clear, according to Michael Kugelman, deputy director of the Asia Program at the Wilson Center.

The Trump administration has not said enough about Afghanistan, Kugelman says, and must make its policy in the country clear in the wake of Wednesday's devastating attack.

"There's been a lot of anxiety in Afghanistan and also in neighboring states around what the U.S. intends to do on the whole," Kugelman said in a phone interview. "The Trump administration has said so little on Afghanistan that it's hard for Afghanistan or any other country to have even a modicum of clarity on what's going on."

Trump to send in more troops?

President Donald Trump has been considering sending more troops to Afghanistan in an attempt to force a strengthened Taliban to the negotiating table.

The Pentagon has been pushing Trump for a troop surge, and Sen. John McCain — chair of the Senate Armed Services Committee — has called for more U.S. forces to support the Afghan government, defend the country and battle the al-Qaeda, Taliban and Islamic State terrorists there.

Trump had been expected to decide on the matter before meeting with NATO leaders last week, but delayed in order to speak with the other leaders. He has still yet to announce plans in Afghanistan — which Kugelman told Mic is a "dangerous" product of a "culture of indecision" in the Trump White House.

Ultimately, Kugelman expects Trump will come down on the side of those pushing for a continued or expanded U.S. military presence in Afghanistan — a strategy he said would likely be a "band-aid" and inadequately address the conditions that have allowed the Taliban to flourish.

The U.S. still has approximately 9,000 troops in Afghanistan, along with about 6,000 from NATO, acting in a counterterrorism and advisory role since most U.S. troops left the country in 2014.

But after more than decade and a half of war, Afghanistan has faded from the national conversation — and has been "politically irrelevant" to Trump and other U.S. officials, according to the Atlantic.

"It is hard to exaggerate how politically irrelevant the Afghan war has become," Peter Beinart wrote May 12.

It went without mention in prominent speeches by Trump at the Republican National Convention, his inaugural address and at the joint session of congress, Beinart noted — and it was "barely mentioned" in the Senate confirmation hearing of Gen. James Mattis, Trump's secretary of defense.

"I have always been struck and disappointed by how off the radar this war has been really ever since the combat forces left at the end of 2014," Kugelman said. "I think many Americans and probably policy makers, too, just wanted to set it aside and move on to other things."

The attack in Kabul Wednesday reportedly wounded 11 Americans and killed 9 Afghan guards at the U.S. embassy in the capital's diplomatic quarter.

According to the Associated Press, Trump "strongly condemned" the attack in a phone call to Afghan President Ashraf Ghani.