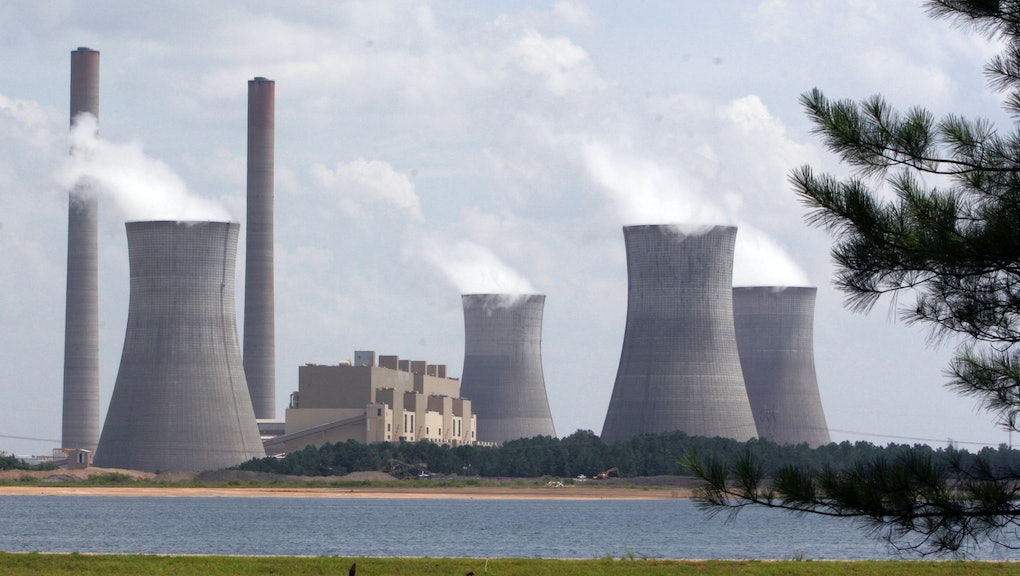 Trump pulling out of the Paris climate deal would be bad for the economy, too

The environment isn't the only thing that could suffer if President Donald Trump decides to pull the United States out of the Paris climate agreement.

Amid reports that the president plans to imminently table U.S. involvement in the landmark deal, which seeks to achieve global emissions between 2050 and 2100, economists and titans of industry have mounted a rallying cry against dropping the historic accord.

Regardless of their stance on its environmental implications, the Paris agreement is good for business, they say — and withdrawing U.S. support would hurt the economy.

By pulling its support from the Paris climate agreement, the U.S. runs the risk of yielding its status as a global leader on climate and clean energy to the rest of the world — China in particular, as Kenneth Gillingham, an Assistant Professor of Economics at Yale University's School of Forestry & Environmental Studies, explained in an interview.

While Gillingham said that U.S. withdrawal probably wouldn't threaten the commitment of other nations, like Canada, China and Europe — which have all promised to uphold the agreement regardless of American involvement — he said that the slower pace of innovation would likely hamper the development of new clean energy technologies stateside.

"I think this innovation is critical for keeping U.S. companies on the path to being the most innovative in the world and being at the forefront of new technologies," he said. "From an economic standpoint, we run a risk of ceding our leadership in large new industries to other countries."

Climate change is an expensive problem to fix

Even when you set aside lost profits from fizzling U.S. innovation in renewables, steeling a nation from the looming dangers of climate change comes with a hefty price tag.

Though the effects of manmade climate change might not be readily observable to the layman in 2017, by the NRDC's estimate, the cumulative cost of global warming could eventually total as much as 3.6% of the national GDP when economic and noneconomic costs — such as health impact and wildlife damage — are tallied up.

Scholars and nonprofit researchers aren't the only ones convinced that leaving the Paris agreement would be detrimental to the U.S. economy. Business leaders from across a wide spectrum of industries have also spoken out about the squandered economic potential an early exit might mean.

In a recent ad that ran in major newspapers like the Wall Street Journal and New York Times in May, companies ranging from Apple to National Grid spoke out against the possibility of the U.S withdrawing from the Paris agreement.

"By expanding markets for innovative clean technologies, the agreement generates jobs and economic growth," the ad read. "U.S. companies are well positioned to lead in these markets. Withdrawing from the agreement will limit our access to them and could expose us to retaliatory measures."

Gillingham said that while he doesn't believe the impact of U.S. withdrawal would be immediate, he does believe the consequences would make themselves apparent over time.

"I'm an economist, but I'm also a deep believer that one of the things the White House could do that's most powerful is to set the direction of the country in different ways," he added. "What pulling out of the Paris agreement will do is change the direction of both the U.S. and the world on an issue that will continue to be incredibly important."