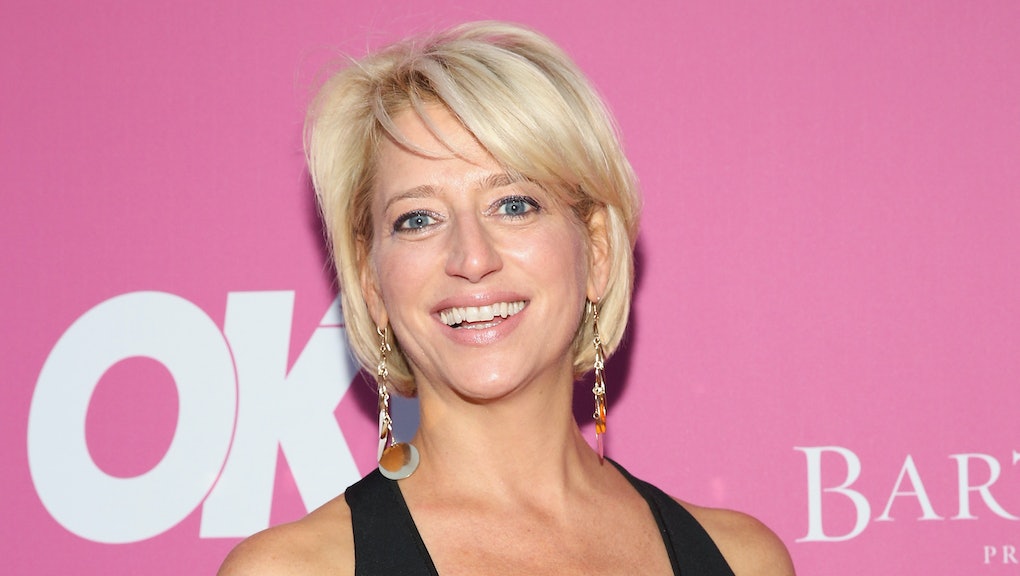 Few women have permeated the tight-knit Real Housewives ether quite like the Upper East side's own Dorinda Medley, a season seven pinch-hitter who fast and ferociously earned a seat at the series' oft-contentuous table.

Satisfied watching the "old bitches" fight, but not at all afraid to throw down, Medley, with a revolving door of New York women in hindsight (Cindy Barshop, Aviva Drescher, Kristen Taekman, Jules Wainstein), was an immediate fan favorite. Her ability to keep it together...ish among a set of women not exactly known for exchanging pleasantries was the undeniable allure.

That, and Medley's readily apparent penchant for one-liners. "Don't do that shit." "Drink the goddamn margarita! Drink it motherfucker!" "How am I doing? Not well, bitch."

Less immediatly obvious was the realness she brought to a franchise desperately in need of a touch-up. With few ways of being set up to look good, Medley somehow found a way to bring a buyoancy back to the series that had, for several seasons, been dangerously close to flat-lining.

"Like anything in life, when you're doing it, you can't remember not doing it," Medley recalls in an interview with Mic. "They used to ask me to be on a lot, but at that point was I was married, Richard [Medley] was involved in politics as a senior consultant for a bunch of different people, and it just didn't suit our life."

Moreover, Medley had no interest in the beginning. "I thought to myself 'That is the most ridiculous concept. Who's going to care about watching a bunch of Upper East Side women shop and have cocktails and fight?"

Following her husband's unexpected passing in 2011, Medley had a change of heart, opting to join the series as a way to begin a new life — and to heal. "Who would have thunk it? At 50 years old, my daughter went to college and I buried my husband all in one year. ... It's a new life. It's a different life. But it's a good life."

In the end, everything happens for a reason, a mantra Medley emulates. "I think the thing about grief is that people want you to be laying around crying all the time but I was just angry. ... You're exhausted from the sickness, you just don't have any effort to put it back together again. ... But you have to keep moving. ... Nothing lasts forever. ... It's up to you to keep it moving." And so she began filming.

Was she apprenehsive about joining the cast, knowing she'd be tasked with talking about difficult subjects like this on camera? "It was healing for me. Someone once said to me 'Do you think reality TV could ruin your life?' I said, 'I think reality TV saved my life.' And I think people that say that it did, their life was already a mess. It was like a therapy. I had to get it out there. I had to keep myself going. I got to meet all kinds of new people. It distracted me. It got me moving into a new direction so I wasn't just focused on this old life. It projected me into this new life."

Medley also bonded with another widow on the show, Carole Radziwill, wife of the late Anthony Radziwill. "We call it, sadly, the widow's club. We're part of a very special private club no one can get into unless someone dies. ... It was so refreshing to meet someone else in my age group who had gone through and wears this badge of both honor and sadness."

Another thing she's learned throughout her experiences: "Love really doesn't die. It takes on a different form, but I was even talking to Richard this morning. I don't know if he's really there but you find yourself having some kind of ethereal relationship with them and it's nice becuase it's protective. I truly believe that Richard had a hand on all this stuff that's going on in my life."