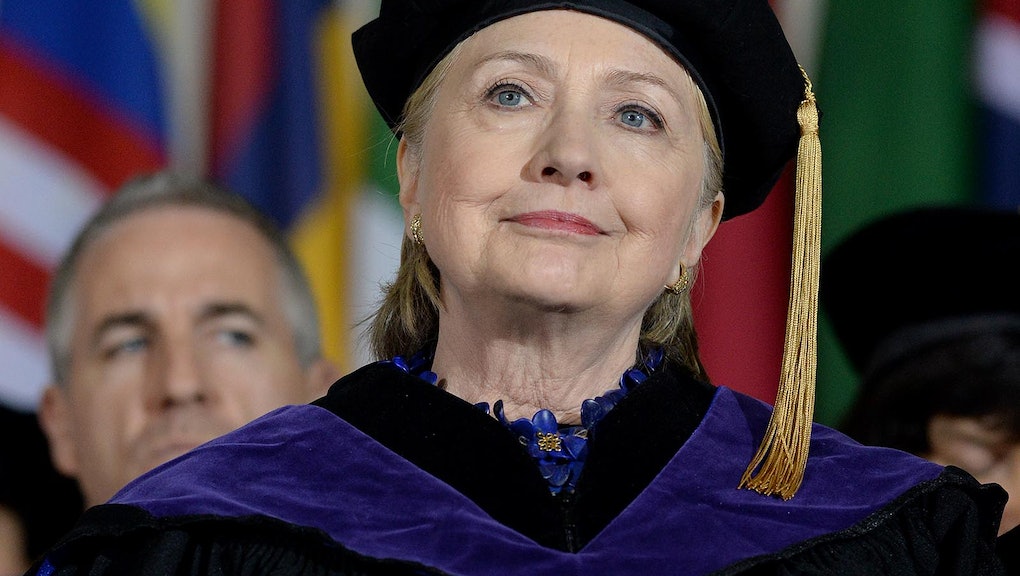 Hillary Clinton on Wednesday engaged in one of her favorite post-election pastimes: trolling President Donald Trump.

During a panel discussion at Recode's Code Convention — a tech conference in California — Clinton joked that Trump's now-infamous "covfefe" tweet was a "hidden message to the Russians," and kidded another audience member, telling them that they didn't "have a high enough classification to know what covfefe means."

And when asked by an audience member about what Trump is really like, given that Clinton had been to one of Trump's weddings, she joked that she wasn't a "social friend" and that, "it was kind of a lark to go to his third wedding" — a dig at the fact he's been married multiple times.

But Clinton also got serious during the discussion, speaking at length about how the Russian meddling in the 2016 election impacted the outcome of the race.

She not only lamented the preponderence of "fake news" that experts say was created and disseminated by the Russians, but she insinuated that those hackers and fake news creators needed help from Americans in order to have been successful — a bombshell accusation.

"How did they know what messages to deliver?" Clinton said. "Who told them? Who were they coordinating with or colluding with?"

The "Russians could not have known how best to weaponize information unless they had been guided," Clinton said, clarifying that she meant guided by Americans.

Clinton reflected on her loss to Trump, defending the Goldman Sachs speeches that dogged her campaign, and saying that while her email server was a "mistake," she added that the whole issue was a "nothingburger."

Ultimately, when asked about her political future, Clinton issued a declarative "no" on whether she's going to run for president again. But she said she's not going to be silent going forward.

"I'm not going anywhere," Clinton said. "I have a big stake on what happens in this country."

You can watch the entire panel discussion here.