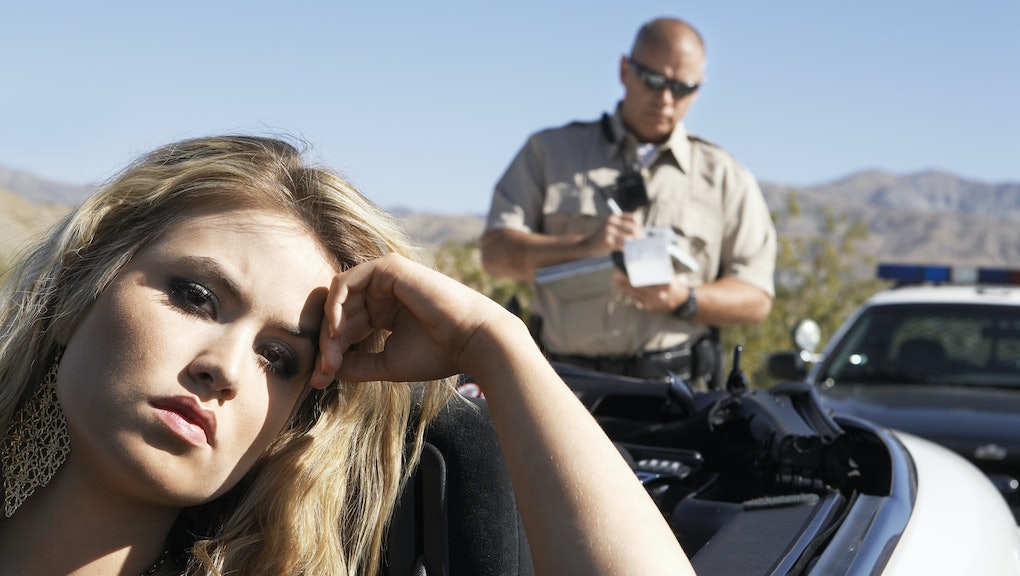 A New Jersey state trooper has been criminally charged after a police investigation uncovered his sleazy work habit. As NJ.com reported, the officer is believed to have pulled over women drivers, just to badger them for dates.

State police say Eric Richardson, 31, stopped and "harassed" two separate women "about initiating a personal relationship," according to a news release from the Office of the Attorney General. Richard apparently sustained his harassment through multiple traffic stops, telling one of the women he would arrest her if she didn't give him her number. Both women were apparently driving unregistered vehicles — which Richardson offered not to impound in order to get on their good sides.

To cover up his advances, Richardson would reportedly turn off his dashboard camera and lie to dispatchers, telling them he had pulled over men. According to the release, he also falsely logged one incident in early January, reporting "that he stopped to aid a motorist, when, in reality, he allegedly stopped the second woman to ask her if she still had the same phone number." He allegedly took to texting the women, and also pursued them on social media.

Richardson is suspended from duty, and faces charges of third-degree tampering with public records and fourth-degree falsifying or tampering with records, which carry respective fines of up to $15,000 and up to $10,000 and could land him in prison for up to five years.

Strikingly, this is the second case in six months involving a New Jersey state trooper who allegedly used traffic stops as pretense to solicit civilians.

In December, Trooper Marquice Prather was arrested for behavior similar to Richardson's. Prather was accused of targeting female motorists between the ages of 20 and 35: Investigators alleged he would turn off his microphone before pulling over women drivers to badger them about potential dates, and later would claim technical glitches resulted in his radio silence. Prather faces the same charges Richardson does, although according to NJ.com, the cases are unrelated.