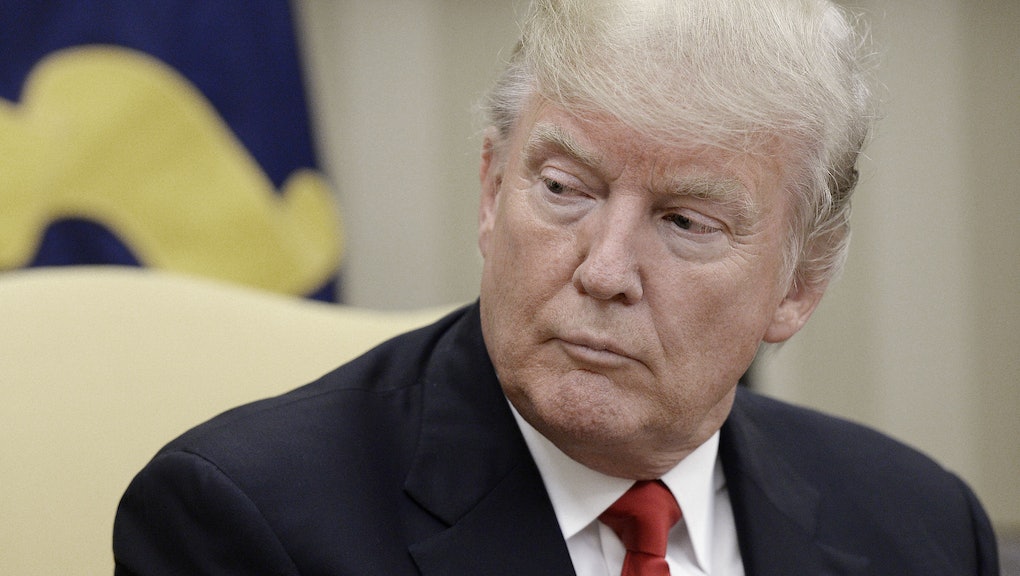 No matter how much covfefe Trump throws around Washington, the investigations into his campaign's ties with Russia keep growing.

Next up, Michael Flynn, former national security adviser, and Michael Cohen, the Trump's longtime personal attorney, were subpoenaed Wednesday by the House Intelligence Committee. Both have already been subject to demands from the Senate Intelligence Committee to testify and produce documents; both previously spurned voluntary requests to appear before the House committee.

The move by the House committee — once left dysfunctional by the chairman's coziness with Trump — came as CNN reported that Attorney General Jeff Sessions may have had yet another private, undisclosed meeting with Russian Ambassador Sergey Kislyak in April. Sessions recused himself from the investigation into Trump-Russia after news broke that he met twice with Kislyak during the campaign, after telling a Senate committee he never met with Russian officials.

Former FBI Director James Comey is expected to testify next week before the Senate, forcing Trump to decide whether he wants to block Comey's testimony by invoking executive privilege.

As these stories increase pressure on Trump, press secretary Sean Spicer said the White House will refer all further questions about the investigation to Trump's attorney. Longtime Trump lawyer Marc Kasowitz was recently tapped to represent the president.

Meanwhile, the Washington Post reported that the administration may return to Russian control two compounds in the United States that the Obama administration confiscated in December and claimed was used for hacking. Doing so would raise questions about why Trump would let the Russians return to using buildings that Barack Obama believed they were using for anti-U.S. "intelligence-related purposes" in the midst of an investigation into his campaign's close ties to the foreign power.

This is Mic's daily read on Donald Trump's America. Welcome to the political newsletter that can't believe it's already June. Donald Trump has been president for four months and twelve days.

More: Trump's decision on a global climate accord is coming today. He is expected to withdraw.

Trump's agenda today: Meeting with his national security adviser. Making a statement on the Paris climate agreement at 3 p.m. Eastern.

The agreement would have substantially cut the growth of fossil fuel emissions, with all but two countries in the United Nations climate group (Nicaragua and Syria) joining the agreement. The U.S. emits about 14% of the world's CO2, second only to China. Even if the U.S. leaves, China and the European Union will keep their carbon-cutting commitments.

But don't worry, one member of Congress said, because God will save us from climate change.

"Crooked Hillary Clinton now blames everybody but herself, refuses to say she was a terrible candidate. Hits Facebook & even Dems & DNC," Trump tweeted after Clinton appeared at a conference and talked about the 2016 election.

•  Former Vice President Joe Biden has launched a PAC that some see as him taking steps toward running for president in 2020.

•  A second noose was found on the National Mall in Washington D.C., this time inside the National Museum of African American History and Culture.

•  Though there's not (yet) evidence to do so, 38% of Americans now support impeaching Trump.

•  Trump has exempted most of his senior staff from government ethics rules.

•  The horrendous bombing in Afghanistan that killed 90 people raises questions about the American strategy in the country. Mic explored what we know.