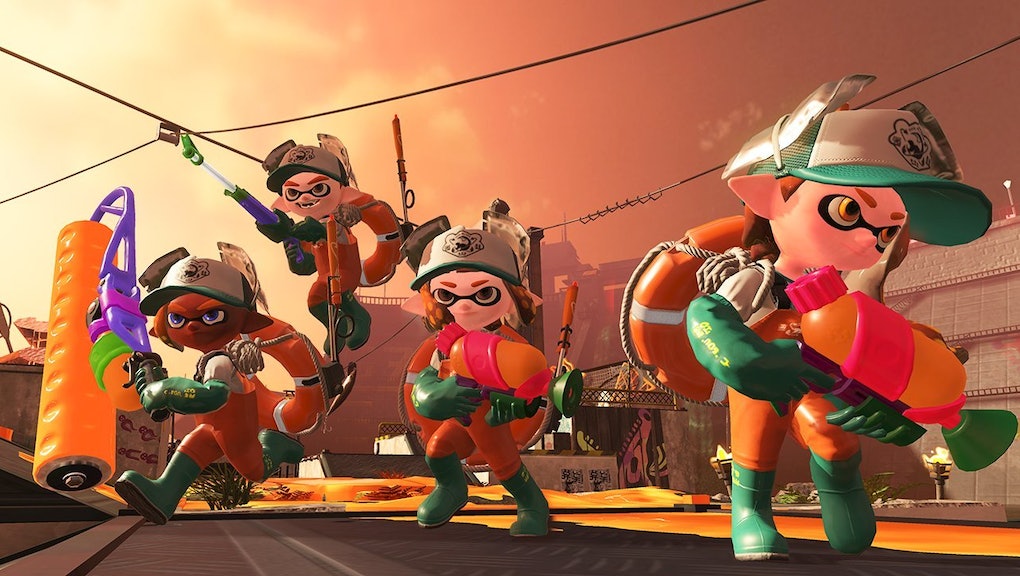 'Splatoon 2' headset highlights the ridiculousness of voice chat in gaming

Today, the gaming part of the internet is collectively laughing and sighing at yet another Nintendo online multiplayer gaffe. This time, it's the official voice chat headset for Splatoon 2, which requires a special adapter to connect to both your Switch and a smartphone at the same time. It's a cosmic horror of a voice chat setup that reflects Nintendo's long-standing antagonism to modern multiplayer conveniences.

I get where people are coming from, but I'd also like you to consider why you want voice chat in Splatoon 2 at all.

Splatoon 2 Headset: Please turn off your mic when a baby is in the room

Over the past decade or so, using voice chat in online games has become widely accepted as normal. Both the Xbox One and PS4 support it as a standard feature and make it easy to use any microphone you own in any game. It's been standard on PC for even longer, with things like Ventrilo eventually making way for easy in-game support or, at worst, starting a Skype call with your friends.

The reason why is simple: It's fun to talk to your friends while you play a game with them. That's why it was shocking enough to warrant news stories when the first Splatoon didn't support voice chat at all. At the time, the game's developers justified their decision by saying it was a measure to combat negativity in online games. In my opinion, they were right; Splatoon was a warm, welcoming online shooter that kids could play without the scourge of people who wear headsets in random matchmaking.

Seriously, why do you want that in Splatoon? The slew of slurs and hatred that often come as a result of voice chat in online games is familiar to us all, but even in the best circumstances, it's insufferable. Giant Bomb brilliantly lampooned it during a Ghost Recon Wildlands demo at E3 last year:

In a dream world, people would use voice chat to coordinate and socialize in online games. In reality, you get the tinny howl of crying babies, the crinkling of Doritos bags and the occasional scolding from someone who is taking things way too seriously. In a kid-friendly game with low-stakes matches that last three to five minutes, that's the last thing anyone needs.

In fairness to the other side of this argument, Splatoon 2 does have the co-op Salmon Run mode that will likely require some level of coordination. If you want to team up with friends (especially for ranked matches), voice chat will be a nice thing to have. In general, I think Nintendo should embrace 21st-century technological advances, but this is one case where I think it'd be better to make players who care enough use Skype instead.

If the designers of Splatoon 2 are smart about it, the game will have an easy way to mute voice chat in random matchmaking. Honestly, given the game's younger potential audience, it should be muted by default. I just don't want Splatoon's brilliant music to be drowned out by someone calling me a "f*cking idiot."

Read more of our Splatoon news and coverage, including our impressions of the open beta back in March and at the Nintendo Switch event in January. Find out everything we learned about the game back in January. If you're looking for more information about the April 2017 Nintendo Direct, check out the proceedings here. Or if you want to check out general Nintendo Switch news see reports of screen defects in the Switch and what you can expect if you're trying to buy one.