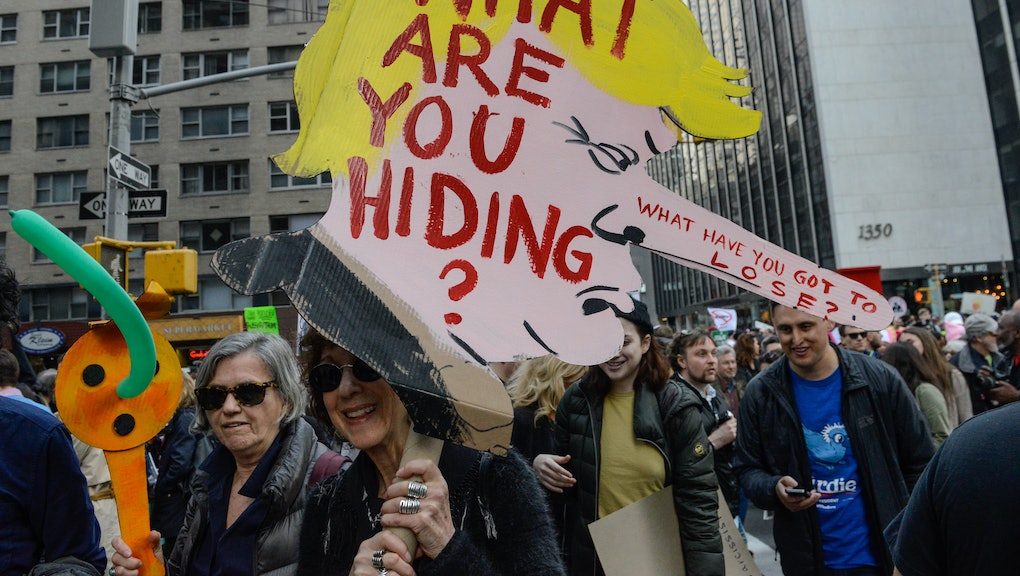 The California State Senate on Wednesday passed a bill that would require presidential candidates to submit their last five years of tax returns in order to appear on the primary ballot.

The bill is a response to President Donald Trump, who is the first president in 40 years to not release his tax returns.

Thousands of Democrats, as well as other anti-Trump forces, took to the streets in April to demand Trump release his taxes — but Trump has refused.

"Donald Trump’s refusal to release his income tax returns departed from decades of established political tradition, denying voters the opportunity to fully evaluate his fitness for the office of President of the United States," the bill continues.

California isn't the only state that could make tax returns a requirement for ballot access.

And legal experts say that the laws would pass Constitutional muster.

"The efforts of state legislators to ensure their constituents have access to candidate tax return information in the future are legitimate and consistent with both the text and the values of our Constitution," election experts Laurence H. Tribe, Richard W. Painter and Norman L. Eisen wrote in a CNN opinion piece on the tax return laws in April.

California's tax return requirement bill passed the state senate on a strict party-line vote, according to the Los Angeles Times, with the state's 27 Democrats voting yes and the 13 Republicans voting no.

It now heads to the state Assembly, where Democrats hold 55 seats to the GOP's 25.