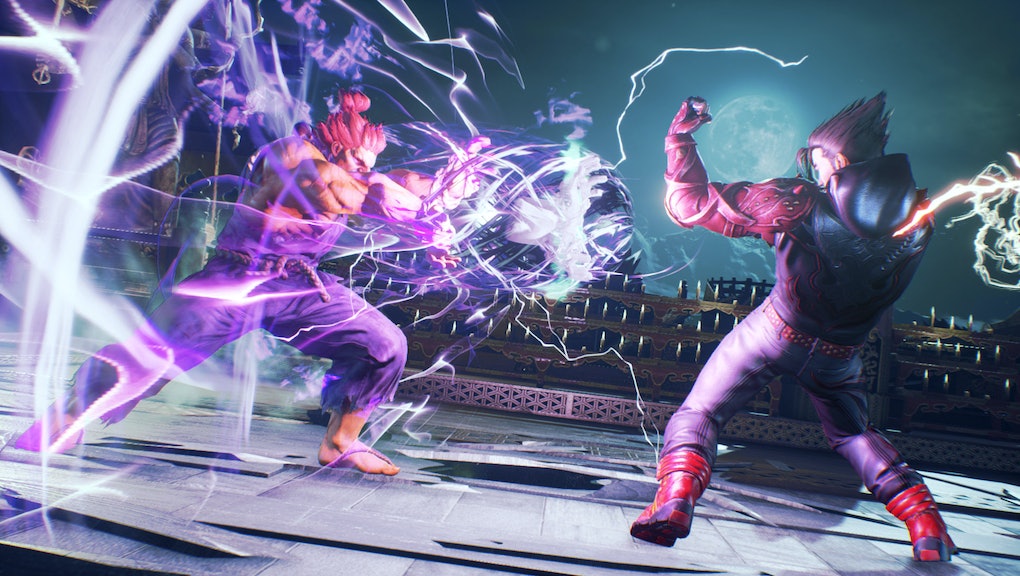 'Tekken 7' vs 'Injustice 2': How to choose between the 2 new fighting games

Tekken 7 is coming out tomorrow on June 2nd and Injustice 2 has been out since May 16th. If you haven't pre-ordered Tekken or bought Injustice yet, you might be wondering which one you should spend your hard-earned cash on. After all, they're both rated Teen so it's not like you can even use that as a metric to evaluate them by.

Really it's all going to come down to what kind of fighting game experience you prefer, but we've got some suggestions for you if you're still having trouble deciding.

Injustice 2 or Tekken 7: Injustice 2 is for fans of DC who like story and a newer take on fighting games

Injustice 2 rides high on the premise of its story, a continuation of a timeline where the Joker tricks Superman into killing Lois Lane, making him become an autocratic despot in the process. The relatively short campaign has a lot of replay value, but it might not hold your interest if you're not invested in the stories of the DC Universe. However, if you are a fan, the game is chock full of easter eggs and references to the DCU and Netherrealms's previous series Mortal Kombat.

Additionally, Injustice 2 has a number of unusual mechanics to make matches feel a little more kinetic, like the brutal Stage Transition Combos and Clashes you can perform to turn the tide of battle. It also features a robust gear system as well, meaning that your roster of characters will have more customization than they would in a traditional fighting game.

Criticism for the game includes its unintuitive blocking system and the fact that the bulk of its lower tier characters are women. Additionally, its chances for a PC port are looking decidedly slim.

Injustice 2 vs Tekken 7: Tekken 7 will find a home with fans looking for a more traditional fighting game experience

If you prefer your fighting games a little more traditional, you're probably going to want to go with Tekken 7. It's the 7th main series Tekken game so chances are good if you've played a Tekken game within the last 10 years, you're going to be able to suss out what's going on pretty quickly in terms of its mechanics. Tekken 7 also benefits from having a slightly larger roster than Injustice 2, with 36 characters to Injustice's 29 (not counting the latter's three DLC characters).

That's not to say that Tekken doesn't have some new tricks up its sleeves as well: the game includes cutscenes that transition directly into fights, and even has an option to change the look of your health bar and the opportunity to watch old cutscenes from previous Tekken games if you want to look at how far graphics have come and catch up on the series' decidely wacky plot, which could charitably be referred to as "a complete fiasco" involving three generations of men fighting over the same company.

Being a Tekken game however, you're also not going to find any shortage of ill-considered costumes and character designs, especially on the women. Additionally, there's no Xbox One port, so if you don't have a PlayStation 4 you're going to be playing this one on the PC or not at all.

Ultimately unless your console proves to be an issue, you should pick whichever strikes your fancy more in the moment. Or you could always just wait for the new Marvel vs. Capcom game to come out.